20 Of Our Favorite Events In Los Angeles This Week

Here are 20 of our favorite events happening in Los Angeles this week. Don’t forget to check out our October Guide, Halloween Party Guide and Spooky Screenings Guide for other ideas, too. We’ll be back on Thursday with our Weekend Planner column to help you plan—what else?— the weekend ahead.

JACK GARRATT (Music) Brit Jack Garratt brings his electro-dance-pop sounds to L.A. this week. First up, he plays an exclusive, free live set at the Samsung Studio LA from 7-9 pm on Monday This event is open to the public on a first come, first served basis, with doors at 7 pm. If you miss Monday’s show, he plays The Wiltern supporting MS MR. on Thursday Tuesday night. Tickets: $23.50-$35. Doors at 7 pm.

THE HOLLOW (Immersive Theater)
The immersive theater company The Speakeasy Society brings a mashup of Washington Irving’s classics to life at Golden Road Brewery running Monday through Thursday this week at 8 pm. The Hollow mixes Irving’s famous stories (including The Legend of Sleepy Hollow, Rip Van Winkle, The Pride of the Village, The Devil and Tom Walker and The Spectral Bridegroom) and mixes them with famous legends and myths from revolutionary New England. General admission is $65 (includes a three-course prix-fixe dinner, along with one of Golden Road's award-winning beers).

DIA DE LOS MUERTOS (Culture):
The Mountains Recreation & Conservation Authority and Mujeres de la Tierra invite Angelenos to celebrate Dia de los Muertos at the Los Angeles River Center and Gardens this week. Take a free tour of the altars, contribute your own offering, and learn about the Mexican tradition that honors and remembers those who have passed. There’s a ribbon cutting with altar unveiling and procession Corte de Cintas at 4:30 pm on Monday. The altars are open for viewing from 9 am to 8 pm from Oct. 27-30, and from 10 am to 3 pm on Oct. 31.

THE ART OF FALLING POP-UP (Comedy + Dance)
Hubbard Street Dance Chicago’s and The Second City’s West Coast collaboration, The Art of Falling, premieres at The Music Center on Nov. 6-8, and on Monday, there’s a preview pop-up performance at The Second City Hollywood Upstairs at Ace Hotel Downtown LA. Drink, laugh and watch some phenomenal performance. Free with RSVP.

SHAKEY GRAVES (MUSIC)
Also at the Ace: The Austin, Texas-based Shakey Graves brings his blend of Americana, blues, country and rock to the Theater at Ace Hotel on Monday night. Tennis opens. Doors at 8 pm. Tickets: $28.50-$33.50.

VERY SEMI-SERIOUS (Comedy/Variety):
The ArcLight Doc Series moves to downtown Culver City for the fall screenings. On Tuesday at 7:30 pm, the series, which focuses on the work of women directors, screens Very Semi-Serious. The documentary, directed by Leah Wolchok, follows The New Yorker’s cartoon editor Bob Mankoff as he sifts through submissions and pitches for the storied magazine. Interviews with New Yorker staffers and insights from legends Roz Chast and Mort Gerberg. A Q&A with Wolchok and a reception follows the film. The screenings continue on Tuesdays through Nov. 17 at 7:30 pm. Tickets: $12.50. 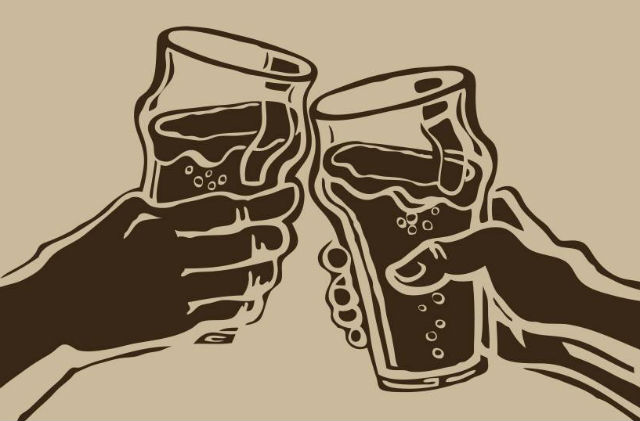 BALLAST POINT AT TONY’S (Beer):
Tony’s Darts Away celebrates Halloween early on Tuesday with The Final Victory at Sea Night—with Ballast Point beers taking center stage from 6-10 pm. Enjoy 4-5 different specialty Victory at Sea porters: Horchata, Peanut Butter, Coconut, and more. (Bonus points or a prize or a free beer if you dress up like a pirate.)

THE WORST SHOW (COMEDY)
Ali Vingiano and Teresa Lee host stand-up, storytelling show, The Worst Show on Tuesday night from 7:30-9:30 pm at Bow & Truss in North Hollywood. With this month’s theme, "Ghost Stories," comedians share their most painful personal ghost stories—dating ghost stories. Hear comedy about about “exes, disappearing acts, and ones that got away” just in time for Halloween.

RETHINKING RACE (Conference):
USC Sociology celebrates its centennial on Wednesday and Thursday with the symposium Rethinking Race at the USC Gould School of Law Faculty Lounge. The program begins on Wednesday at 3 pm, with welcoming remarks from Camille Rich (Associate Provost for Faculty and Student Initiatives in the Social Sciences and Professor of Law and Sociology, USC). Following are: the panel Social Construction of Race, and remarks by keynote speaker Howard Winant (Sociology, UC Santa Barbara) who discusses Dark Energy: Race and the Development of Sociology. Thursday panels discuss Race and the Punitive State and The Politics of Race and more. Admission: $10 for the public. RSVPs needed.

SOCAL LOOPFEST (Sound)
The Southern California LoopFest returns to diPiazza’s in Long Beach for two nights of music and tech performances from around the world this Wednesday and Thursday. The artists from eight states and five countries use hardware/software to instantly record and playback sounds and music. (Best pop example is Ed Sheeran.) Shows at 7 pm each night and is admission is by donation.

THE MAN IN THE HIGH CASTLE (TV):
Film Independent at LACMA presents a free, advanced screening of the new Amazon series The Man in the High Castle on Thursday at 7:30 pm. Based on Philip K. Dick's 1962 alternative history novel, the one-hour drama explores what would have happened if the Allied Powers had lost WWII. Germany controls the East Coast and Japan controls the West, and the Rocky Mountains have become a “neutral zone” for the resistance. Tickets may become available at the door.

LUCHA VAVOOM (Mexican wrestling/burlesque)
Lucha VaVoom, L.A.’s comedy, variety, burlesque and mexican wrestling shows returns to the Mayan for its annual two-night Halloween spectacular on Wednesday and Thursday this week. With the theme, Mexican Horror Story, the night features an All Mini Monsters Match; Evil Doctor’s vs. Mexican Masked Maniacs (Dr. Cerebro/Dr. Maldad vs. Extreme Tiger/Relampago); a special appearance by the The Poubelle Twins and many more acts and performers. Doors at 7 pm, show at 8 pm. 21+. Tickets: $40-$55. 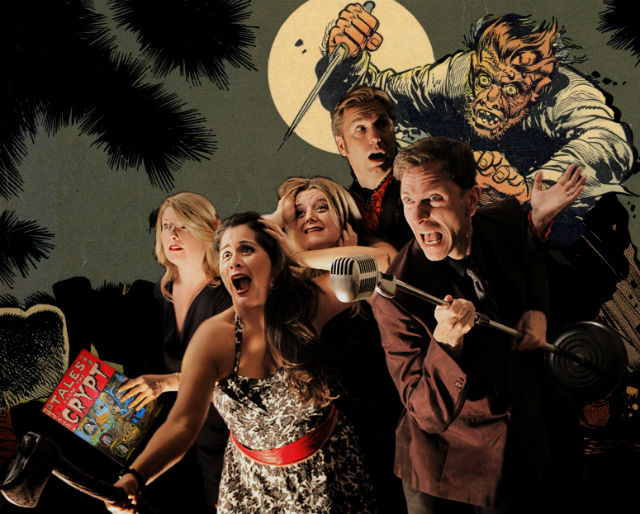 CAPTURED AURAL PHANTASY THEATER (Comic book tales)
Captured Aural Phantasy Theater presents the Halloween show Tales from the Crypt on Thursday and Friday at 8 pm at Bob Baker Marionette Theater. The evening features performances of classic horror tales from the Tales from the Crypt comic books. Tickets: $20 or $25 at the door.

A MOST INCREDIBLE HORSE RACE JOURNEY (Comedy)
The comedic one act play A Most Incredible Horse Race Journey! is at UCB Franklin on Thursday night at 8 pm. Written and starring Alexa Loftus, she’s joined by Peter Banifaz on stage, where the two actors perform all the characters and sound effects of three full horse races. It’s paired with the pick-up comedy Ethical Female Manipulation. Tickets: $5.