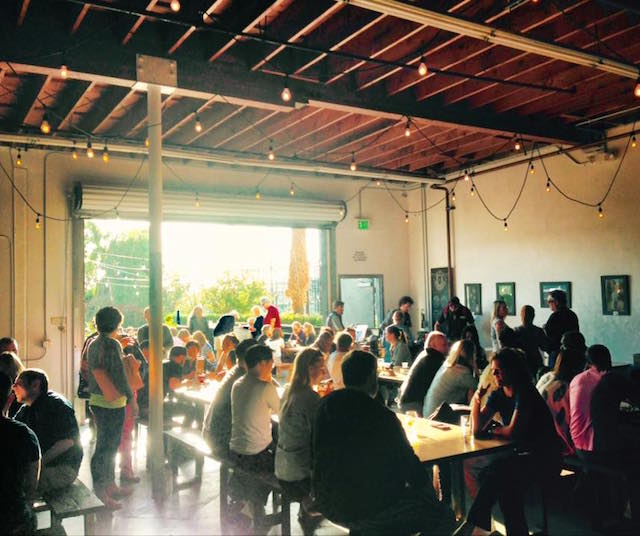 Time flies, and it seems like just yesterday that the female-run craft beer brewers, Three Weavers, opened up their Inglewood brewery and tap room to the masses. It's been a year now, and they're celebrating their first anniversary this Saturday with an event that's just like a kids party, but with a lot of delicious beer.

A general admission ticket, which is $25, will get you a commemorative glass, five 5 oz. pours, and access to the day's festivities from 2 p.m. to 6 p.m. You can purchase additional beer tickets if you're feeling extra thirsty. Folks who purchase $40 VIP tickets get an extra hour of partying, with entrance at 1 p.m. and pours of extra special beers.

You'll also need to some grub to soak up all that beer; luckily, they'll have Fill R Up Gastro Garage and Front Page Jamaican Grille whipping up food. That's not included in the ticket price, though.

Hey, and you can do some good while you drink Three Weavers beer. Proceeds from the event will go towards the Inglewood charity One For All that empowers youth in the community through social programs. Win-win.