'Gilmore Girls' Is Probably Getting A Netflix Revival 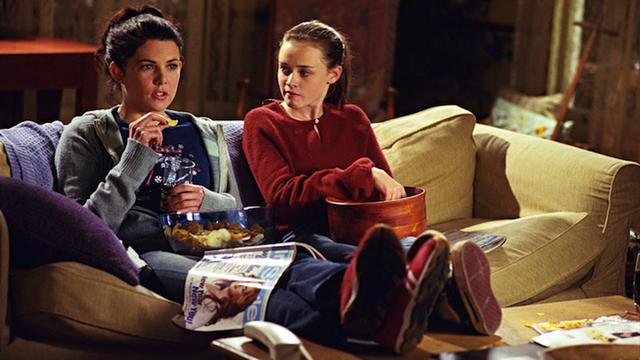 What can't Netflix do?

Gilmore Girls, which ran for seven seasons between 2000 and 2007, may be returning, thanks to streaming platform. According to TVLine, "sources confirm that Netflix has closed a deal with Warner Bros. for a limited-series revival" of the show, helmed by series creator Amy Sherman-Palladino and executive producer Daniel Palladino.

There's still a chance you may be as heartbroken as Rory was when (spoiler) Jess fled Stars Hollow, because this isn't a sure thing. They're reportedly still in early negotiations, but it seems hopeful. TVLine's Michael Ausiello was told "all of the major players—most notably Lauren Graham, Alexis Bledel, Kelly Bishop and Scott Patterson—are expected back for the continuation." However, the biggest name to come from the series, Melissa McCarthy, likely won't return, according to The Hollywood Reporter. And Edward Herrmann, who played Richard Gilmore, died last year.

Sources say if it goes through, the series will be revived via "four 90-minute episodes/mini-movies." Which... we'll take it. In the meantime, you can watch all of Gilmore Girls on Netflix, for the 1st or 40th time.

Here's a cast reunion from earlier this year: