A Look At Los Feliz's Most Charming Restaurant: Little Dom's

If you drop by Little Dom's in the morning, you'll find it sun-drenched and blissfully empty, with the smell of smoked meat mingling in the air with fresh pressed coffee beans. Somehow, that works. 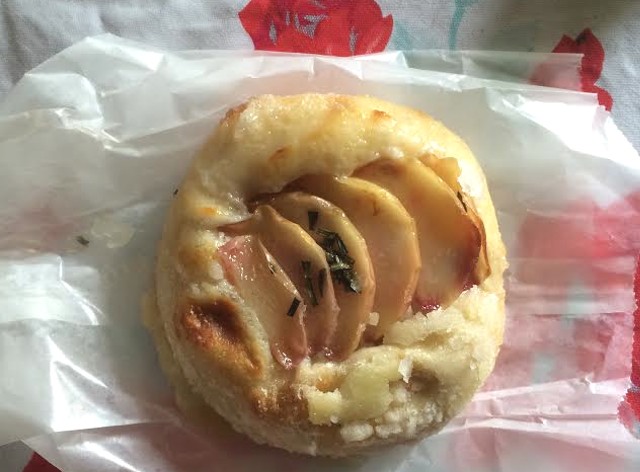 The food is good at all hours, and not just serviceable good, but you'll want to return again and again good, whether you're getting a skillet of eggs and roasted tomatoes in the morning, or just some rice balls with your Old Fashioned after work. (Also: get the rice balls. Always get the rice balls.)

But you'll find a totally different scene as the hours march forward. By evening, the place fills up quickly—the bar, the booths, the sidewalk seating—especially when they host their weekly Monday Suppers. These Suppers are insanely popular and cost just $15. The menu changes weekly, and tonight they're offering a little gem salad with avocado buttermilk dressing, radishes, & breadcrumbs; papparedelle with duck sugo, pine nuts, currants and pecorino; and cheesecake with caramel sauce and salted almonds. The bonus is that they also offer $15 bottles of wine to go along with the Supper, one red and one white option.

You will likely see some familiar faces if you get there later in the evening—some more famous regulars even have plaques on their booths. During a recent visit, we spotted both Kevin Bacon and Jon Hamm, who we're happy to report were not bothered by anyone during their entire meals. The draw of Little Dom's is the food, the cocktails, the excellent service, and the old school, at-home vibe... not the celebrities. But Don Draper's voice in the air does fit nicely with the aesthetic. 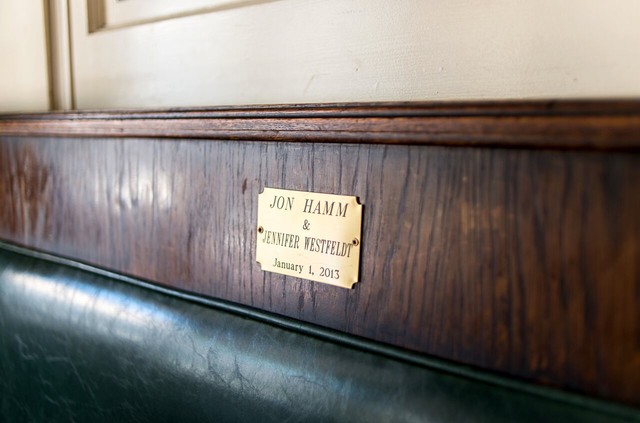 That all keeps in tradition with Little Dom's big brother, Dominick's in West Hollywood, a known haunt of the Rat Pack that's been around since 1948 (about 60 years prior to Little Dom's inception). Dominick's is also currently run by the same Ebbink/Boudet team. When the now iconic restaurant first opened, "only friends of friends were able to drink and dine in this exclusive Hollywood hideout," and now the owners are trying to give it a similar at-home-amongst-friends feel, saying "the idea that every night at Dominick's is like Sunday dinner at home." The same can be said for Little Dom's, especially with those Monday Suppers.

You don't have Rat Pack roots and not put importance on your cocktails. That said, the drinks at Little Dom's are as excellent as the food and the vibe. One favorite is their seasonally-changing Old Fashioned, currently made with butternut squash, previously made with peaches and pecans, and sometimes made with bacon. For the purist, they also always serve up a solid classic Old Fashioned.

Any time at Little Dom's is the right time, but if you want to slide in and get a seat at the small bar, we recommend getting there by 6:30 p.m.