Your Ultimate Guide To Halloween Mazes, Shows And Extreme Haunts

It's Halloween, which is by far this writer's favorite time of year. We've rounded up our favorite haunts this year, from the big, blockbuster parks with numerous attractions, to smaller mom-and-pop haunters who put together innovative and thoughtful scares. We've got traditional mazes full of monsters that pop out at you as you walk through, actual mazes you'll need to find your way out of, escape rooms, full-contact haunts, immersive scavenger hunts and games, one overnight horror scenario, macabre tours and interactive plays. 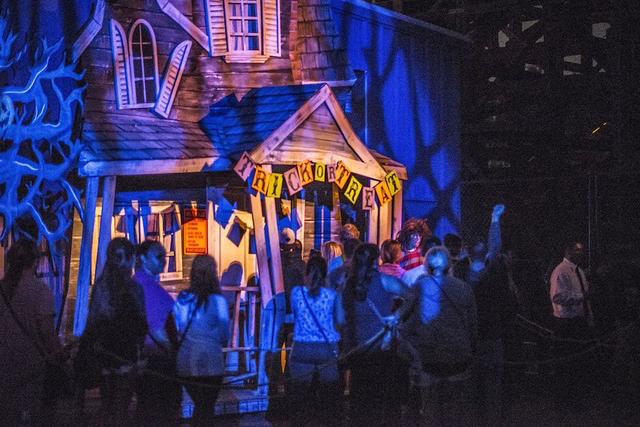 Knott's Scary Farm is a classic. When the sun sets on this usually family-friendly Buena Park amusement park, expect to be startled and creeped out as you wind your way through their spooky mazes and scare zones. They've got three new mazes this year as well as some returning favorites, making 11 total mazes. Only one maze from last year is absent; the vampire-themed Dominion of the Dead maze has either met the True Death or is in torpor this year. They'll also have hundreds of monsters creeping through the park's three foggy scare zones, so watch out for them. They like to sneak up behind you, skidding on metal knee pads and hissing in your ears. And watch out for the Carnevil Scare Zone, because that one has a lot of clowns. Note: if you don't have a front-of-line pass, you may find yourself waiting in line for attractions for a while, so bear that in mind when planning your trip. Also, only those guests who purchase the 'Skeleton Key' will be able to access the secret rooms that some of the mazes hold. There will be five of these, and we find them to be a good cheap thrill and some fun gags for the true horror aficionado.

Thy also have their annual pop culture variety show The Hanging (which employs too many hack jokes and off-color pot shots for us to claim to be fans of), and a brand new show from Elvira, Mistress of the Dark.