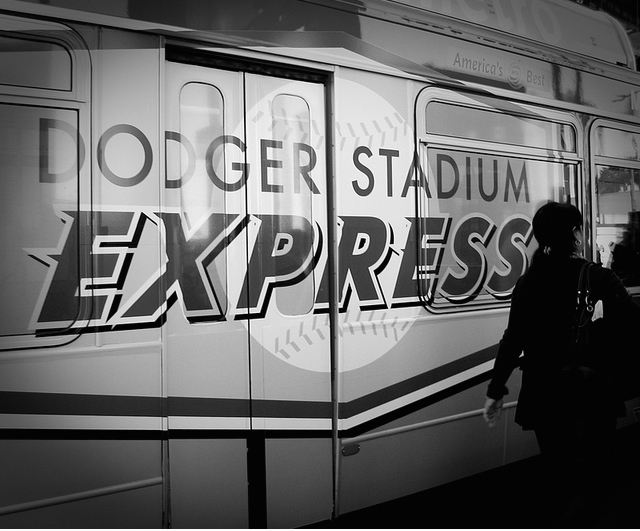 Riding high off the Dodgers clinching the division last night, L.A.'s Metro decided to punch above its weight class and pick fights with transit systems baseball fans actually use.

After the Dodgers clinched the National League West (behind another Clayton Kershaw gem) against the rival Giants in San Francisco, Metro fired the first shot at Muni:

That's cute and kind of true, since baseball fans in San Francisco actually take Muni to games. With no direct train to Dodger Stadium and buses that end up sitting in the same traffic as people driving to the game, Metro winds up being an unappealing option. Appropriate, since the baseball team is named after people who avoid public transportation vehicles.

With the Dodgers set to meet the New York Mets in the National League Divisional Series, L.A. Metro set their sights on New York's MTA and engaged in an amusing back-and-forth:

Don’t worry, @MetroLosAngeles - we sweep our subway just like the @Mets will sweep the @Dodgers

You got us on the numbers, @MTA. Assuming your riders remember how transit works. pic.twitter.com/rpYc9JjGNZ

.@metrolosangeles shld know better than to glorify unsafe acts. We just want to collect on the bet. NYers, what LA food should they put up?

They even managed to pull a pretty good zinger on Mets fans:

@metspolice what? The Mets have been abandoning NYC every fall for most of the 21st century.

Of course, it was San Francisco's Muni that had the ultimate comeback:

@metrolosangeles it wasn't all that bad...we had all of these to think about too...:) pic.twitter.com/E0Q3MWOh1K

Game 1 of the NLDS between the Dodgers and the Mets will take place on Friday, October 9.