The SGV Is Getting Its First Dumpling And Beer Festival 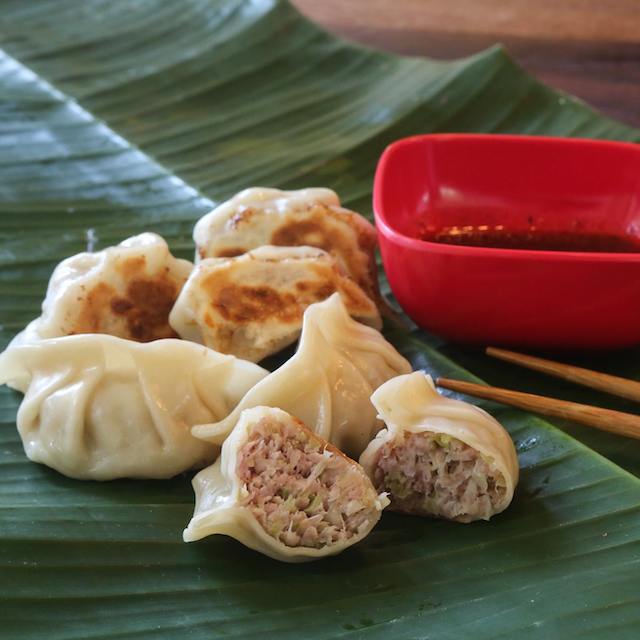 These dumplings would go great with beer (Photo via Facebook)

The San Gabriel Valley is getting a dumpling and beer festival because dumplings are way more delicious than stale pretzel necklaces during Oktoberfest.

The Dumpling & Beer Fest takes place this Thursday, and the inaugural event will bring a local, Asian-inspired twist to the Oktoberfest festivities. From 6 p.m. to 9 p.m., local dumpling stars and craft breweries will serve up their greatest hits at the outdoor festival held in the San Gabriel Mission Playhouse Theater Plaza. Admission to the event is free—yes, free—though beer drinkers will have to purchase a wristband for unlimited tastings. There will also be wine available for those who prefer reds and whites with their dumplings.

Among the eight local dumpling houses that will dish up at the festival include SGV favorites ShanDong Dumplings, Kai Kai Dumplings and Yummy Ling, according to the L.A. Times. There will also be food trucks, including Steamy Bun Truck and Tornado Potato who will bring fried kimchi dumplings and towers of fried potatoes to the feast. You'll also get to check out macaron dumplings from Puffect Bakery Cafe and Scoops On Tap will serve ice cream made with beer from local breweries, according to the Pasadena Star News.

You'll also get to sample 16 different beers from local breweries, including Golden Road Brewing, Angel City Brewery, Tap It Brewing, Hangar 24 Brewery and Ballast Point Brewing. Beer sampling wristbands are available for $20 in advance (until Sept. 30) and will then be available at the door for $25.

And as you feast on dumplings and drink beer at the SGV-style Oktoberfest, Moonsville Collective, a folk string band from Costa Mesa will hit you with the chill-out jams. Though you may have to put in a special request for Oktoberfest oompah classics.