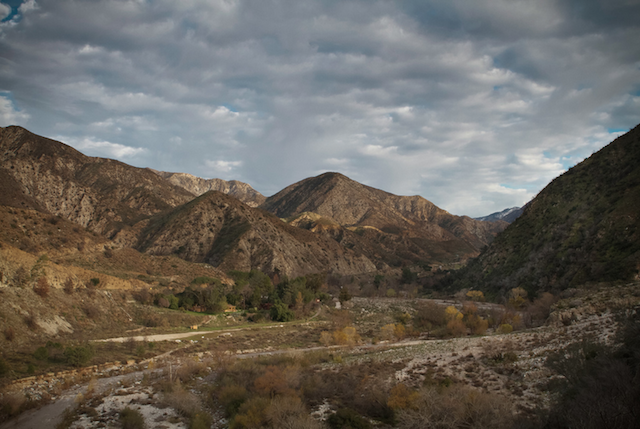 A man said he found a dead body while hiking in the Angeles National Forest yesterday.

Hiker James Kuykendal said he ran into a man about three-and-a-half miles into the Prairie Fork Trail north of Glendora who said he was out looking for a friend and found a body, according to KCAL 9. The men said the body was near a riverbed and covered in mud, and that it had likely been decomposing for a while because of the smell.

“As soon as we found him, I had one of my other buddies come on out and call the authorities,” Kuykendall told KCAL 9. “It’s a sad situation.”

Sheriffs had set up camp at the Bridge to Nowhere trailhead Sunday morning and were waiting for daylight to break to find the body. They said it would likely take hours to reach the body because of the area’s rough terrain.

UPDATE: The body has not yet been identified but is of a man, ABC7 reports.