Where To Find The Best Vegetarian Reubens In Los Angeles

The vegetarian reuben's history is less documented, but it is a safe bet to say the first one was created in Los Angeles, where vegetarian and vegan reubens are just about everywhere. Since the great Vegetarian Reuben Wars of 2009, chefs have become a bit creative with their own offerings.

With that in mind, note that in the increasingly complex world of vegetarian reubens, there are only two simple rules...

1. Always get toasted, pressed or grilled bread (the latter is preferred, you want it to have a crispy crunch, not a dry one).

2. Always get the one at Locali's.

Below, find the best vegetarian (and vegan) reubens we've tried around Los Angeles, starting with the star of the show, which is perfect from its nearly glossy grilled outer bread crust, to its pink faux meat filling. Just look at it... 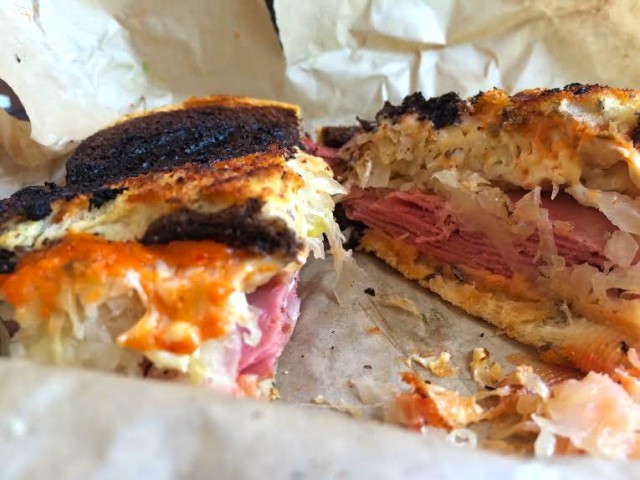 Rarely does a vegetarian item that's attempting to mimic a meat item both look and taste like its counterpoint, but this comes pretty close to both. (CLOSE ENOUGH, for vegetarians, at least.) Locali stacks their sandwich with marinated vegan deli slices, swiss cheese or vegan cheese, sauerkraut, and homemade vegan Russian dressing on marble rye. Their bread is a perfect balance of soft and crunchy, the filling is stacked high (as it should be on a reuben), the sauerkraut, cheese, and dressing are present, but not overpowering. It also looks messy, just like its meat cousin. Note: They also offer a half option for $6, and their deli, Localita & The Badasserie, also serves these up.

Locali is located at 5825 Franklin Avenue in the Hollywood Hills, and Localita & The Badasserie is located at 817 S. Los Angeles Street in downtown L.A.

ZINC CAFE's Reubenesque on Pumpernickel ($12, comes with a side salad) 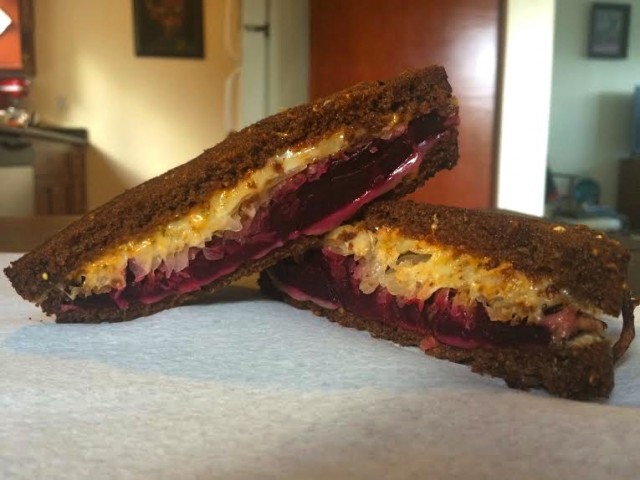 Zinc is one of the only places we found that takes even the fake meat out of their veggie reuben. Their sandwich features baked beets (they advertise them as golden, but our order came with red), sauerkraut, swiss cheese, Russian dressing, coriander seed, and a dash of sea salt on pumpernickel (you can get the bread toasted or untoasted but did you forget Rule #1 already?).

Zinc Cafe is located at 580 Mateo Street in downtown L.A. 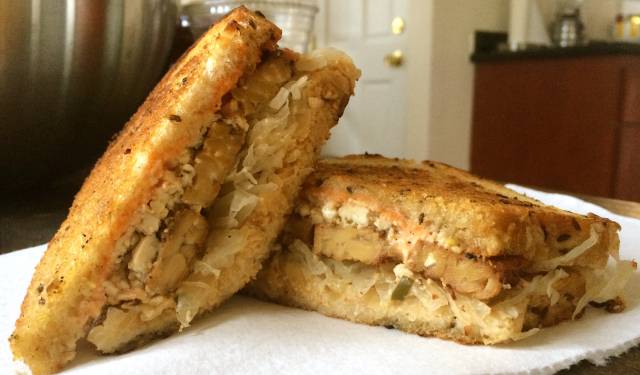 Flore's most popular sandwich is their reuben, which comes with grilled tempeh, cashew AND tofu cheese, sauerkraut, and some creamy Thousand Island dressing. It's all served rye, which is really the standout part of the sandwich. The layers of tempeh don't taste very reuben-esque, and in fact, appear to have no flavoring at all aside from tempeh flavor. For that reason, the sauerkraut is a bit overpowering, but the perfectly crisp grilled bread holds a lot of the sandwich's flavor (aka dressing). 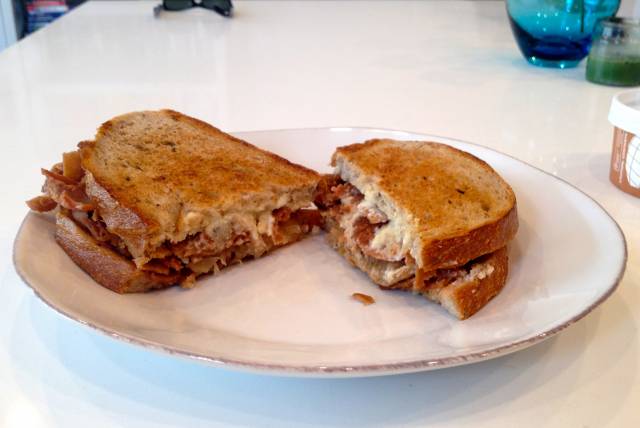 This one's a classic. Their reuben is stacked with thinly-sliced deli-style seitan, sauerkraut, Thousand Island dressing, and horseradish cashew cheese on toasted rye. There was a whole campaign to bring this sandwich back when it disappeared from the menu in 2012, and any vegetarian reuben worth fighting for is probably worth trying.

Who else is serving up a good veggie reuben?