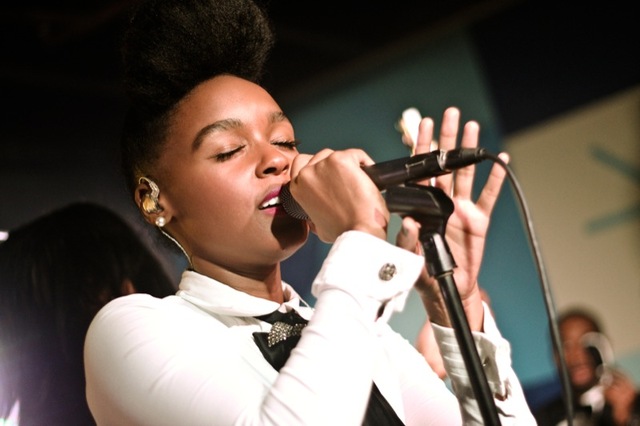 R&B wunderkind Janelle Monáe will be performing this afternoon at Hollywood and Highland in a rally against police violence.

The event aims to bring attention to "mass incarceration and police terror" and is organized by Stop Mass Incarceration Network, #RiseUpOctober and Stolen Lives Parents. Monáe will be joined by Jidenna and other artists on her Wondaland Records label in the performance.

According to KTLA, no streets will be closed because the event will take place inside the Hollywood And Highland Center.

Monáe and her labelmates in recent weeks held similar performances in New York, Philadelphia, and Chiagco.

The event kicks off at 1 p.m., with a press conference scheduled at 2 p.m. followed shortly by the concert and several guest speakers. The event will also feature family members of people killed by officers in the last two years, including Dante Parker.

Earlier this week, Monáe released the song "Hell You Talmbout," a 6-and-a-half minute track she recorded with other Wondaland artists where the names of victims of institutional violence are repeated along with chants of "Say his name!" or "Say her name!" Among the people named in the song are Eric Garner, Trayvon Martin, Sandra Bland, and Emmett Till.

"This song is a vessel," Monáe said on Instagram. "It carries the unbearable anguish of millions."