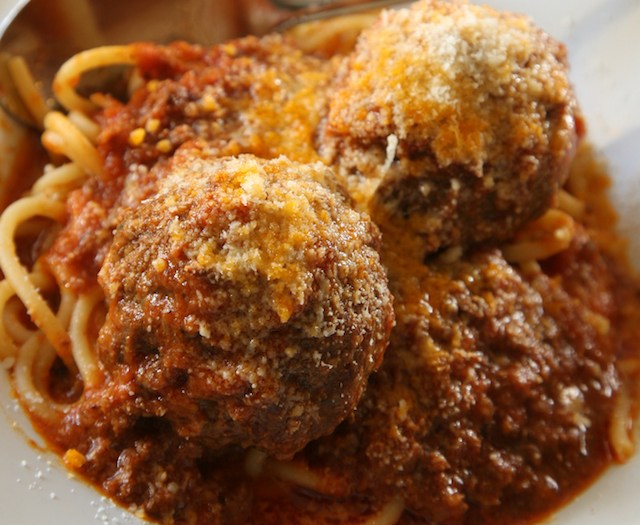 This week's edition of Overheard in L.A. features bits of overheard conversation from people who leveled-up in the Church of Scientology, aren't impressed with the Egyptians, and probably should turn off autocorrect while sexting.

Overheard Of The Week
"Hiking in L.A. is like dancing—if you see a guy doing it, he just wants to sleep with the girl he's doing it with."
via @mikesavage123

Awkward
"I call her baby all the time, but I messed up one sext to her and now she's demanding to know who the hell Abby is."
via @HIGHzurrer

#lifegoals
"I want to do the rest of this year right. Fuck bitches, get money, and secure my faith in God."
via /u/FadedAndJaded

Lofty Ambitions
"I'm on a Disney show, but I'm really more of a dramatic, classical actress."
via @CullenDoug

Wait 'Til You Hear About Hot Dogs
"Meatballs really freak me out. I don't like sculpted meat."
via @benppollack

Prayer Hands Emoji
"I was going to try LSD, but I had Bible study the next day."
via @NicoleVoris

Easy Mistake
"No, Jimmy Dean is a sausage factory. JAMES Dean was an actor."
via @TriciaBBenson

Soothes All Cravings
"I have seaweed if you're starving."
via @Addflip

No More Truer Advice Than This
"Never go cheap on sushi, tattoos or hookers."
via @kennerparish

Hard To Impress
"I don't think the pyramids are so great. If they were how come they're not replicated in today's architecture."
via @DarrenCarter