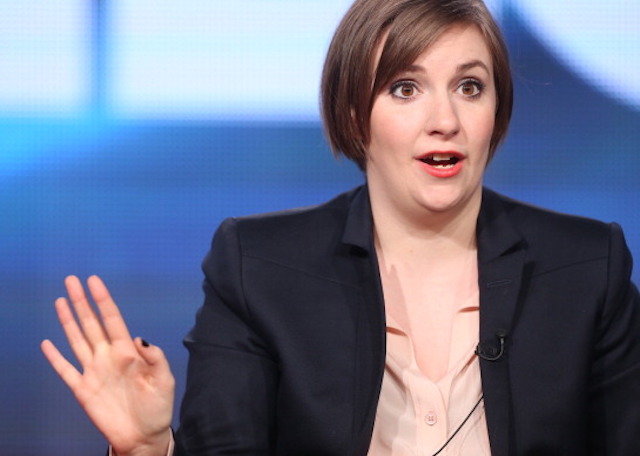 Numerous Hollywood stars have come out against an Amnesty International proposal that would decriminalize sex work. Sex workers want Hollywood to zip it.

Amnesty International has been working on a draft policy that would advocate decriminalizing consensual sex work, The Week reports. The proposal came about after two years of researching sex workers in Norway, Argentina, China and Papua New Guinea. In the organization's research, they spoke with law enforcement, politicians and the sex workers themselves. Amnesty International eventually determined that making sex work illegal is "more likely than not to reinforce discrimination against those who sell sex, placing them at greater risk of harassment and violence, including ill-treatment at the hands of police."

The organization argues that because sex work is illegal, sex workers are subject to violence, arrest, extortion, harassment and have trouble accessing healthcare, housing and "other social and legal benefits."

This proposal would not call for the decriminalization of human trafficking, or crimes against children.

This topic has long been a hot button issue. Some argue that prostitution is always exploitative, while others argue that it can be an empowering choice. Numerous celebrities have come out against the bill, including Lena Dunham, Angela Bassett, Emily Blunt, Anne Hathaway and Kate Winslet, plus feminist activist Gloria Steinem. They've signed a letter from the Coalition Against Trafficking Women opposing Amnesty International's proposal.


We firmly believe and agree with Amnesty that human beings bought and sold in the sex trade, who are mostly women, must not be criminalized in any jurisdiction and that their human rights must be respected and protected to the fullest extent. We also agree that, with the exception of a few countries, governments and law enforcement grievously violate prostituted individuals' human rights. However, what your "Draft Policy on Sex Work" is incomprehensibly proposing is the wholesale decriminalization of the sex industry, which in effect legalizes pimping, brothel owning and sex buying.

The letter also states that Amnesty International would be supporting "a system of gender apartheid" with their proposal, "in which one category of women may gain protection from sexual violence and sexual harassment, and offered economic and educational opportunities; while another category of women, whose lives are shaped by absence of choice, are instead set apart for consumption by men and for the profits of their pimps, traffickers and brothel owners."

Many who actually work in the sex industry, however, want Hollywood celebrities to zip it when it comes to the discussion. Many have taken to social media, pointing out that rich actresses know very little about the world's oldest profession.

If we played a drinking game where you drink every time an academic or celebrity makes inaccurate statements about sex work, we'd be wasted.

Dunham's sister also weighed in, but not to side with her.

If we criminalize sex work on the grounds of gendered exploitation, let's also criminalize minimum wage, marriage, prisons, and all police

A New York sex worker who chose to remain anonymous told The Daily Beast that until these actresses are involved in sex work, they should "step back" and let those who are speak.

"At the end of the day, this is a proposal that impacts my life and not Lena Dunham's. The fact that celebrities who have no stake in this and will not be impacted by it are getting the largest voice is frustrating and, frankly, dehumanizing," she said.

This particular sex worker supports Amnesty International's proposal, one reason being that she has never felt comfortable going to police in instances where she's been assaulted because sex work is illegal.

Kristen DiAngelo, a sex worker and the executive director of Sex Workers Outreach Project-Sacramento, said that sex work will happen, regardless of whether it's illegal or not. However, a sex worker who has been arrested may never be able to get out of the industry because the record acts as "a scarlet letter." She also said she was once brutally attacked while working, but was told that if she pressed charges against her attacker, she would be arrested. DiAngelo said she did end up pressing charges, but that her attacker only got 45 days in jail and later harmed other women.

Savannah Sly of Sex Workers Outreach Project-USA told Refinery 29 that she's been a sex worker for 11 years. She said that celebrities are "perhaps out of touch" with what the work is really like, while Amnesty International took the time to really study the issue.

"These celebrities are connected to anti-trafficking organizations, which have good intentions, and I don't like to discredit anybody's experience as a victim or anybody who's concerned about inequality—but [these organizations] fail to illustrate to these celebrities...that criminalization actually makes these inequalities worse," she said.

And when it comes to who the American people listen to, Sly said sex workers are often seen as "social pariahs." Why? Because sex work is illegal.

Sly also contends that Amnesty International has made clear distinctions between trafficking and consensual work, something the letter is ignoring.

"They very clearly outline the harms of criminalization of both clients and sex workers and say, 'Here are the benefits of a decriminalized model: harm reduction, access to social services, decreased social stigma, which is so systemically violent.' I doubt that people are really taking the time to read [the proposal]."

Sly thinks sex workers need labor rights just like any other business, and that they could police themselves.

"Many people roll their eyes when they think of a sex-worker community policing itself, but I think it would be very powerful and effective to let current or retired sex workers be the bridge to law enforcement and social services—because even if we decriminalize sex work, it's still going to be an industry shrouded in stigma and secrecy," Sly said.

The draft policy will be voted on next month at the the organization's International Council meeting in Dublin.