Even vegetarians have to admit: it's hard to beat a really good burger. It's just too bad the majority of them just have that meat in them. Thankfully in a city with nearly as many vegetarian dining options as there are vegetarians, Angelenos can indulge in that all-American classic while staying cruelty-free. Here are the best veggie burgers in L.A. 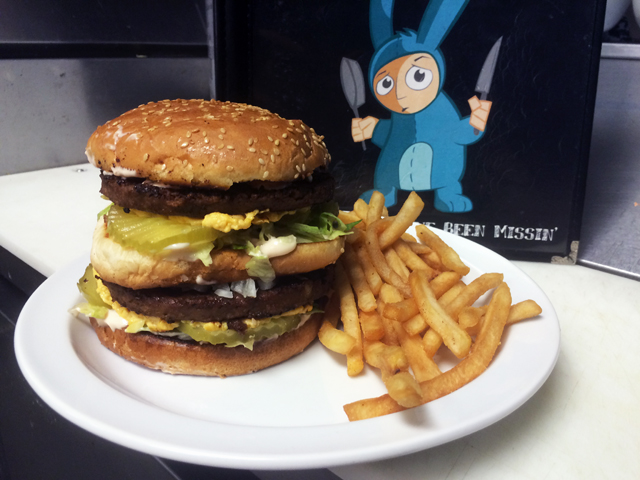 We all have our guilty pleasures—and for many of us a Big Mac is one of them. Fortunately, for vegans, Doomie's Home Cookin' makes their own plant-based version of a Big Mac that pretty much tastes like its originator—and it's really good. In other words, I'm lovin' it. Expect your thousand island dressing, three pillowy sesame seed buns, lettuce, cheese, pickles and veggie patties just like you remember from when you used to eat meat. You won't find this item on Doomie's regular menu, though. It's a secret menu item. Shhh... — Jean Trinh 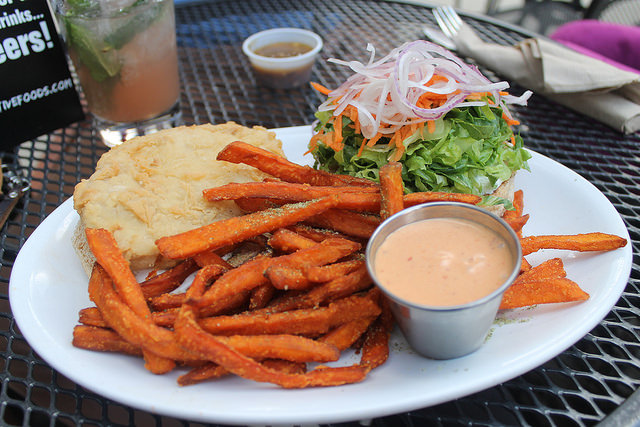 Does it still count as a burger if it's a chicken sandwich? Considering that none of the burgers on this list have actual beef in them anyway, who cares? Native Foods does an outstanding job with their faux-chicken dishes, and the Chicken Run Ranch Burger is no exception. It's a simple sandwich that works on the principle that it's harder to beat the combination of chicken and tangy ranch dressing. Extra shredded red onions and a side of sweet potato fries, please. 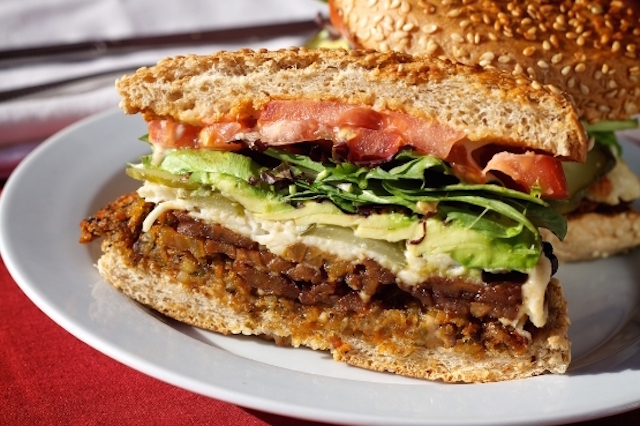 Kinda like Dr. Pepper, Golden Mean touts their signature "Works" burger as being made with 27 ingredients. The bean/grain/veggie patty has a nice texture and its flavor is greater than the sum of its numerous parts. Topped off nicely with avocado, faux-Thousand Island dressing and tempeh bacon, you might want to go with the gluten-free options and get it wrapped in lettuce for a crisp and fresher experience. They might not have real milkshakes here to pair for the platonic ideal of a meal, but their extensive menu of smoothies will suffice. 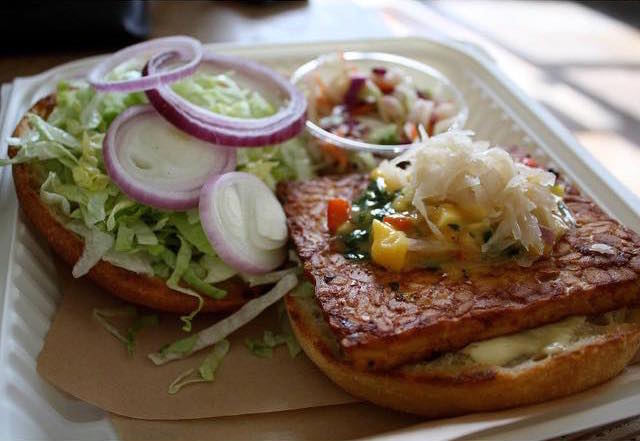 Just from reading the list of toppings, you might wonder whether or not this actually tastes good. Does sauerkraut pair well with the tanginess of mango salsa? And furthermore, how do those work with the pungency of the mustard-vegenaise? You'd be surprised. It's a meal full of sharp flavors, further accented with the vinaigrette coleslaw on the side. Pile on the raw red onions while you're at it.

It's not easy to find the perfect garden burger patty. Some are too grainy or bland, or don't have the right combination of ingredients. That's when we turn to Astro Burger, a casual burger spot that surprisingly has a really memorable veggie burger that we can consistently depend on. Their Original Gardenburger patty is a soy-free one, made with mushrooms, onions, whole grains and cheese. Their burger goes back to the basics, with lettuce, tomatoes and cheese, sandwiched between whole-wheat buns. Plus, you can also ask to top that with vegan soy mayo. It's a flavorful burger with half the guilt. Pro-tip: bring some bills because a it's cash-only joint. —Jean Trinh 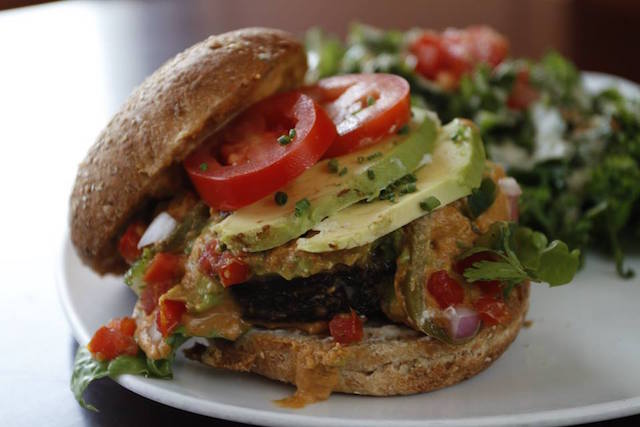 CAFE GRATITUDE'S I AM MAGICAL

We'd be remiss to not include Cafe Gratitude, the standard bearer for vegetarian restaurants in California—heck, maybe even the country. The hippy-dippy packaging of the whole place can be a turn off for any red-blooded meat eater—menu items are ordered as affirmations e.g. this burger is "I Am Magical." But even carnivores have to admit that their food is no joke. Although the side salad, whole wheat bun and the black bean patty makes the whole dish seem a little wimpy—even for a veggie burger—its the spicy whole grain mustard and chipotle ketchup that gives it the punch it needs to assert itself: "I am delicious."

A colorful, festive veggie burger that's as every bit as fun to eat as it looks. The fresh pico de gallo and tomatoes add a bit of welcome texture go along with the dairy-free nacho cheese, avocado slices and the hearty SunBurger patty. Also available is a cornmeal tempeh burger, which also comes in scaled-down slider size during happy hour. Pair any one of the above sandwiches with one of their many craft beers on tap, and grab a seat on the beautiful patio. 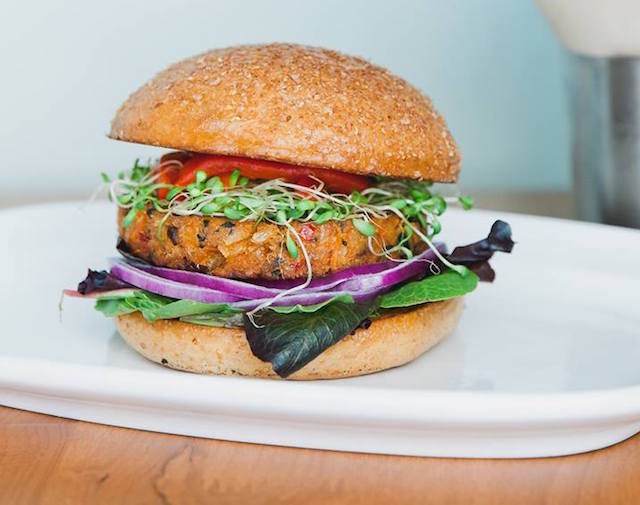 Despite being a big chain restaurant, it's hard not to be impressed by The Counter and their tyranny of choice. For the omnivorous types, you have at least six patties to choose from, though vegetarians are left with just one veggie patty. No worries—it's a good one. Unlike most veggie patties, it's a fairly hefty slab, filled with corn, black beans, and chunks of squash. You can have it literally any way you want at The Counter, but for those overwhelmed, they at least offer one pre-made build called the Sprouted Veggie, which comes with roasted red peppers and alfalfa sprouts.

The Counter has several locations across Los Angeles.