Terrifying Thunderstorm Wakes Up Angelenos Sleeping In On A Saturday Morning 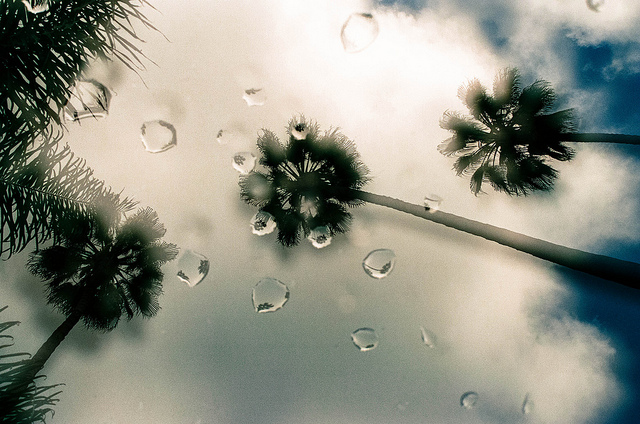 Angelenos were rudely awoken on a Saturday morning as a thunderstorm brought showers and set off car alarms across the basin.

Tropical Depression Dolores brought brief bursts of heavy rain and thunder and lightning strikes to Los Angeles around 8 a.m., Saturday morning. While L.A. County lifeguards previously warned of heavy surf as a result of the system, lifeguards closed beaches throughout the entire county due to the lightning strikes near the coast:

If you are unable to get to a building w/ four walls & roof for cover. Get in your car! Do not go in ocean #lightning pic.twitter.com/B0DMmGtiV8

Last summer, one person was killed and several injured as a result of a lightning strike in Venice Beach.

The National Weather Service says the storms are expected to roll through Los Angeles in towards the northeast, traveling about 20 mph according to City News Service.

A strong thunderstorm was moving over downtown L.A. into San Gabriel Valley. If you hear thunder stay inside. #cawx pic.twitter.com/2lOqCjCO2R

In heavy rain and even hail was reported in some parts of the city, and in Echo Park a small fire was reported to have been caused by a lightning strike:

Massive lightning storm in #EchoPark caused this fire out our window. Is this end of days?? @LinzHicks pic.twitter.com/EBrLCaalIF

lightning struck behind our house

Cars burning on the freeway, and now thunder. Yup, it's definitely the apocalypse in Southern California.

Got a shot of a cool lightning strike in #hollywood @LATimescitybeat @latimes @LAist #MyDayInLA pic.twitter.com/sft4BCXP2M

If you have a car at lake level in echo park MOVE IT NOW. Street is flooding. @LAScanner @echoparknow

The loudest thunder I have EVER heard and I am from the Northwest. If you are out in LA go home.

Look at this thunderstorm reaching from Downtown LA to Glendale! #LAweather t pic.twitter.com/Wa4aXDBlQU

What the heck is this thunder? The tarpits gods angry or something? Prepare 10 young men to sacrifice asap!!!