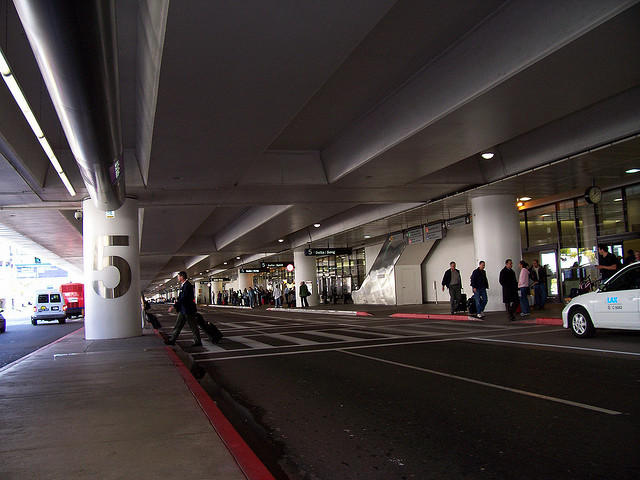 Finally, after being in the works for months and proposed in Mayor Eric Garcetti's State of the City, Uber and Lyft will be able to pick you up from LAX starting next month.

On Thursday, airport commissioners voted unanimously to approve allowing ride-sharing services' drivers pick you up from the airport. Pick-ups could begin as soon as late August, dependent on final approval by airport officials and the city attorney. According to the L.A. Times, the move would make LAX the largest airport in the country to allow the services.

Of course, whether Uber will be able to join the party is dependent on whether or not the service will still be allowed to operate in California by then. On Wednesday, a California judge recommended a $7 million fine and a suspension to be levied on the service.

In order to pick up or drop off customers at LAX, Uber and Lyft drivers will have to pay a $4 fee for each fare—a fee that will likely be passed on to the customers. Taxis already pay that fee for each pick-up.

Naturally, the decision comes with lots of opposition from taxi companies and their drivers, who say it's unfair that Uber and Lyft drivers aren't subject to the same level of regulation. "Supposedly, this would be a convenience for some travelers," said Councilman Paul Koretz, who has long been supported by taxi companies. "It certainly would be an improvement over the bad faith they now display by asking their customers to shuttle over to nearby hotels, where the drivers can get them without running afoul of [LAX] restrictions."

Under the new agreement, the permits of Uber or Lyft could be revoked with 30 days notice if any problems arise. City News Service says final approval would require a vote from the City Council.