Transwoman Says Wells Fargo Coworkers Harassed Her, Then Fired Her 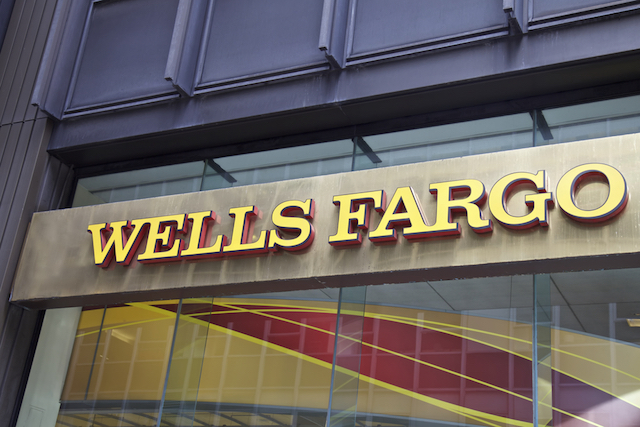 A transgender woman has filed a lawsuit against Wells Fargo, claiming that she was harassed by co-workers and ultimately fired from her job at an El Monte call center when she began her transition.

Marlo Kaitlin Gallegos (formerly known as Marco Gallegos) said in her suit that she was discriminated against while working at a Wells Fargo bank in El Monte in 2010, City News Service reports. According to a suit filed yesterday, Gallegos was hired to work at the bank's consumer call center in August of 2010. At the time, Gallegos "held herself out to the public as a man," the suit said. In December, however, Gallegos began to transition, taking hormones and testosterone blockers, and dressing in women's clothing. She said her female co-workers were the first ones to notice.

Gallegos alleged that in May of 2011, her boss told her that her transition was "unnatural" and an "affront to God," and told her she would go hell. When Gallegos took the issue to another supervisor, that supervisor only responded by criticizing Gallegos' work.

Gallegos then tried to transfer to another department in the call center. This particular department was where employees would take calls from Spanish-speaking customers. Though Gallegos was able to successfully transfer, she said the harassment didn't stop. She was referred to as "The Mask" by coworkers, and she said they made cruel comments about her, such as, "Oh, I just thought he was an ugly woman." Gallegos said complaints she made to her supervisor were ignored.

Later, Gallegos decided to start going by Marlo Kaitlin and asked her co-workers to call her Marlo. Several coworkers ignored her request, and she said male coworkers would say purposefully gendered things to her like, "What's up, man?" Gallegos said that even though she was allowed to use the women's restroom, a female co-worker complained. Gallegos said she was also kept out of job coaching sessions that were mandatory for employees.

Gallegos finally took her problems to human resources, even admitting that the harassment she endured was causing her to have suicidal thoughts. Though the department promised to look into her allegations, Gallegos said nothing ever seemed to come of it.

Eventually, Gallegos said her supervisor told her that he had to fire her, but gave her no reason, only saying he'd received "word from above" to do so and that there was nothing he could do about it.

Wells Fargo's Senior Vice President, Diane Rodriguez, told City News Service that the company has had a "strong commitment and service to the lesbian, gay, bisexual and transgender community" dating back over 25 years. "At Wells Fargo, we believe that discrimination of any kind and against any group is wrong.  The claims in this case are wholly inconsistent with how Wells Fargo treats its team members," she said.

Wells Fargo has certainly been LGBT-friendly, at least as far as its public face and advertising strategies. A recent Wells Fargo ad featured a lesbian couple learning sign language as they prepared to adopt a deaf girl. Evangelist Franklin Graham canceled his Wells Fargo account over the ad, but the bank said they would not be pulling the ad.