Photos: You Can See The Milky Way Clearly From A Malibu Sea Cave 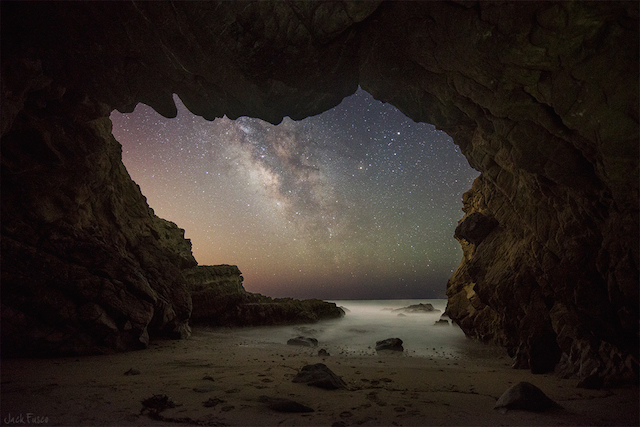 If the timing is right, you can see the Milky Way from inside a Malibu sea cave.

For photographer Jack Fusco to get a clear shot of such a moment, it takes some luck and a lot of prep work. He checks tide charts and compares them to astronomy apps to see when would be the best nights to shoot. And then he just has to hope the weather will cooperate. But the payoff is worth it. One of Fusco's photos that he shot at Leo Carrillo State Park in May recently made it on to NASA's "Astronomy Picture of the Day" website.

"Since moving to the West Coast, I've been exploring and photographing the night sky from inside different sea caves," he tells LAist. "Up until Leo Carrillo, I had found a number of locations, but none quite as stunning."

This single-shot photo above was taken inside of a 10-foot-high entrance to the cave, showing the central band of the Milky Way in the background. "As the Earth turns, the band of our Galaxy appears to rotate and shift along the horizon," according to NASA. NASA says that among the millions of stars in the photo, you can also see the bright and orange Antares, a supergiant star.

Fusco, a San Diego-based photographer, has been shooting the night skies for four years, and before that, he was snapping seascape photos on the East Coast for about a year.

"Like so many people, I grew up in an area with terrible light pollution," Fusco says. "Looking up at the night sky normally meant just picking out a handful of the brighter stars and not much more. It wasn't until I started exploring the coast line of New Jersey a bit more and finding some darker areas where you actually see the Milky Way. From that point forward I was hooked. I began exploring in search of dark skies wherever I could find them."

He adds: "Actually getting to see the Milky Way with your eyes is really an incredible experience. When photographing it, the long exposures are able to pick out even more detail than we can see with our eyes. Each time I take a photo and see it on the back of my camera always makes in stop for a few seconds in awe."

Fusco shared with us some more of the photos he took that night on the beach, and they're all equally gorgeous. 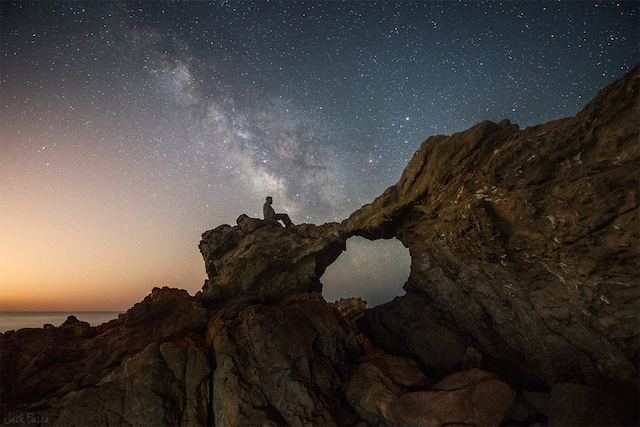 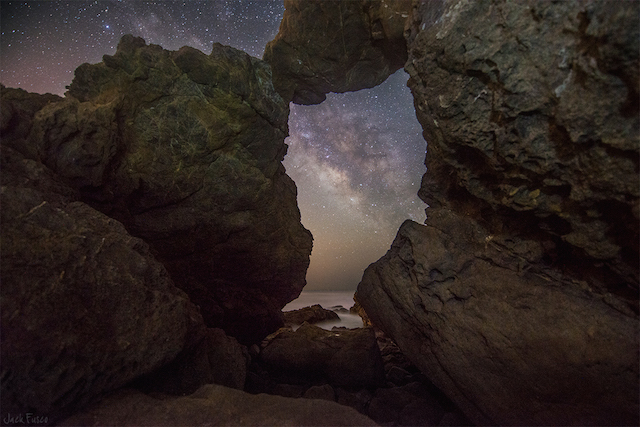 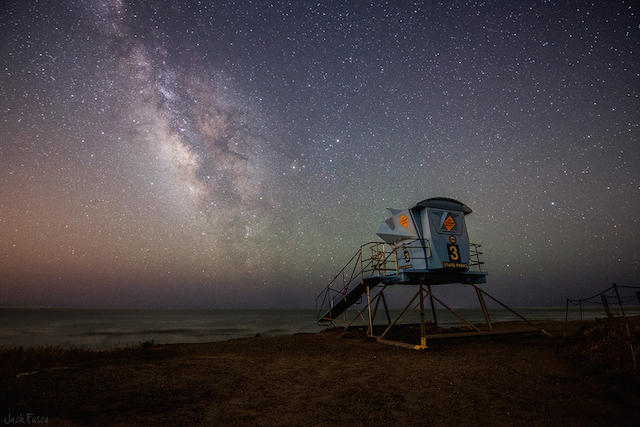