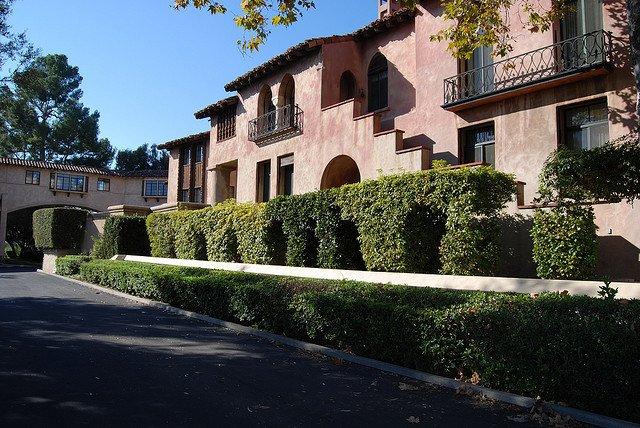 Katy Perry's plan to move into a former convent in Los Feliz has been blocked by some of the nuns that once lived there. But there's a catch: now one of the nuns says her signature was forged to sell the property to restaurant owner Dana Hollister instead of the singer.

Sister Marie Christine Munoz Lopez—who once lived at the Waverly Dr. property in question with the other sisters of the Immaculate Heart of Mary—believes that someone else signed her name to the document authorizing the sale of the convent to Hollister, according to City News Service. Lawyers for the archdiocese—which was already in talks with Perry to buy the convent—claim that only two of the five living sisters of the order approved the sale to Hollister, and that one of them, Sister Catherine Rose Holzman, may have added Lopez's name to the document. In a sworn declaration given on behalf of the archdiocese with the help of Spanish-language translator, Sister Lopez explains:

Sister Lopez's testimony that her signature was falsified is part of a lawsuit filed by the archdiocese's attorney's to block the sale of the property to Hollister. The suit states that Hollister plans to use the convent property for a boutique hotel with a restaurant and a bar, and that the sale would terminate the remaining 77-year lease held by the archdiocese for the priests' house of prayer. According to the suit, the unauthorized sale to Hollister was for $10 million, of which only $100,000 has been paid. Meanwhile, the proposed sale to Perry, which the archdiocese had approved, would be $14.5 million, including $10 million in cash and an agreement to provide an alternative property for the house of prayer worth $4.5 million.

Lawyers for the archdiocese are now asking for a preliminary injunction to prevent Hollister from moving in and to keep her from interfering with efforts to sell the property to Perry. The lawsuit says:

"The Hollister transaction lacks the required approval from the archdiocese and the Holy See and does not provide a solution for the house of prayer, which is on the property. The Archdiocese continues to work with the sisters to ensure that decisions concerning the sale of the property are made in their best interest. We want to make sure no one takes advantage of the sisters."