Here Are The DUI Checkpoints For The 4th Of July Weekend 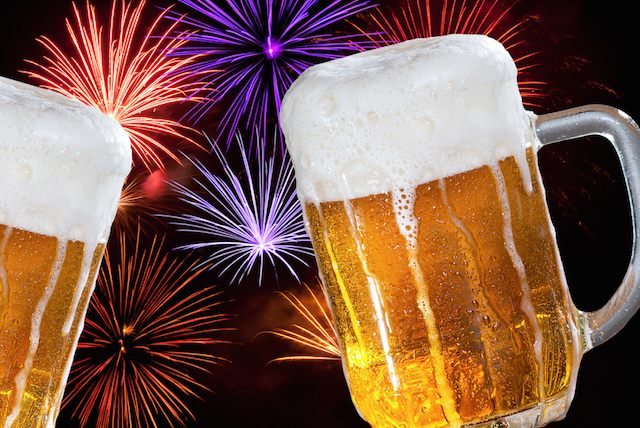 Be safe out there! (Photo by Vaclav Mach via Shutterstock)

While you're celebrating the ol' red, white and blue this weekend, keep in mind that you might want to think twice before getting behind the wheel after throwing back a few beers. Police are cracking down on drunk drivers throughout Los Angeles all weekend long.

Although some believe that posting DUI checkpoints helps drivers get away with drunk driving, the LAPD has told us that publicizing these checkpoints actually decreases the number of drunk drivers on the road because it reminds people about the consequences of their actions.

"People having foresight aren't the ones who are committing this crime," LAPD Chief Charlie Beck told LAist. "People who are thinking ahead aren't the ones that this checkpoint is likely to catch. I think that the publicity surrounding these things is so important that if you give a couple of locations, that's fine."

So, if you're planning on drinking, get a designated driver, take public transportation or get a ride from a cab or ride-sharing service. AAA is also offering their Tipsy Tow service from 6 p.m. on July 3 to 11:59 p.m. on July 4, where you can get your car towed home for free for up to seven miles. All you have to do is call 1-800-400-4AAA and say to the operator, "I need a Tipsy Tow" to get a free tow and ride home for the driver (excluding passengers).

Here are the DUI checkpoints and saturation patrols: