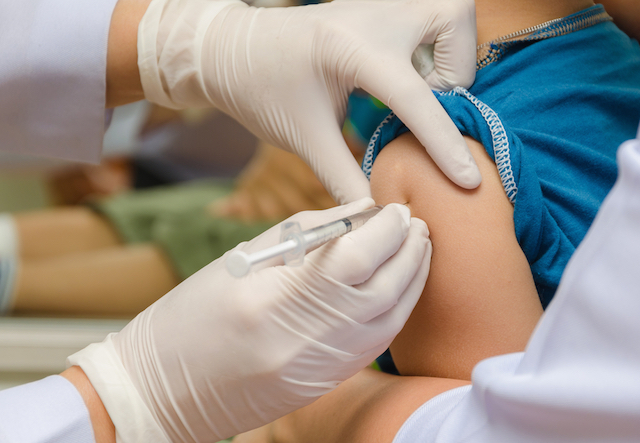 California Gov. Jerry Brown signed one of the strictest mandatory vaccination bills in the nation into law today.

The legislation requires parents to vaccinate their children for diseases like measles or whooping cough in order for them to enter school or day care. Crucially, it eliminates previous personal belief and religious exemptions, which have become increasingly common in wealthy communities. The only children who would be excluded from the law are the ones who have serious medical problems like immune-system deficiencies, and their doctor would have to also confirm that to the school. However, parents can choose not to immunize if their kids attend private home-based schools or public independent studies off campus, according to the L.A. Times.

"The science is clear that vaccines dramatically protect children against a number of infectious and dangerous diseases," Brown said in a statement. "While it's true that no medical intervention is without risk, the evidence shows that immunization powerfully benefits and protects the community."

California is the third state in the nation to ban exclusions based on religious beliefs, joining Mississippi and West Virginia. It joins 32 other states in banning exemptions based on personal beliefs.

California Sen. Ben Allen, who co-wrote the legislation that was spurred on by this year's Disneyland measles outbreak, told the Times that Brown understood "the protection of public health is a tantamount responsibility and role of government.''

Not everyone is happy about this new law, though. Christina Hildebrand, founder and president of the parent group, A Voice for Choice, told KPCC that they will try to overturn the law in court. The opponents of the law say it violates California's constitution, which says education is guaranteed for every child. Also, these celebrities probably aren't really happy either.