LAist gets a lot of event announcements, and we comb through them all to bring you a carefully curated list of what’s happening in LA this weekend, including these 21 events. Don’t forget to check out our June Guide, too, for other suggestions. We’ll be back on Monday to help you plan the week ahead.

MUSIC: Grand Performances at California Plaza in DTLA has a great lineup on Friday night. Seven-piece band The Family Crest brings its orchestral rock in support of their album Beneath The Brine at 8 pm. Their set’s followed by music from Run River North, a Korean American indie folk rock band. The concert is free and seats are on a first-come, first-served basis.

FILM: The folks behind the Great Horror Campout brings the Great Horror Movie Night to L.A. on Friday night with a screening of The Strangers in Elysian Park (825 Academy Road). Horror fans can bring picnic baskets, blankets and chairs as they prepare to get scrrred. There are a number of pre-show games, festivities and more. 7 pm. Tickets: $15.

FILM: 7 Minutes is a thriller from writer and director Jay Martin and starring Jason Ritter, Luke Mitchell, Leven Rambin and Zane Holtz, about three desperate men who are forced to commit a brazen robbery. Martin does a Q&A moderated by director Marc Webb (The Amazing Spider-Man 1 & 2, (500) Days of Summer) after the 7:30 pm screening on Friday at the Laemmle Noho Theater. 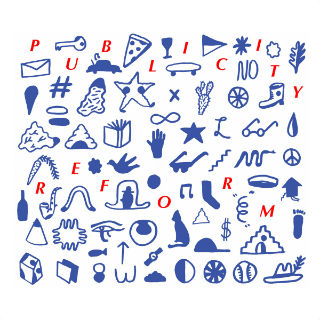 Lucky Dragon curates a night of art and performance at The Getty. (Image: 'Publicity Reform')
FRIDAY FLIGHTS: Lucky Dragons, who blur the lines between art and music, hosts Friday Flights at The Getty this Friday from 6-9 pm. Lucky Dragons has invited friends and collaborators, including Rafa Esparza, The Sunland Dancers and Tara Jane O'Neil, Jibade-Khalil Huffman and SK Kakraba to develop the evening's program. Free, no ticket required.

ZOO PARTY: Roaring Nights is the L.A. Zoo’s annual summer music series and the festivities begin on Friday night from 7-11 pm with live music from the Black Crystal Wolf Kids, who are billed as “the world’s first indie rock tribute band.” The night also includes a DJ dance party, access to some of L.A.’s best food trucks, full bars, a game zone, zookeeper talks, animal encounters and more. If you can’t make it on Friday, the next events are on July 24 and Aug. 21. Roaring Nights tickets are $20 and $17 for GLAZA members. The event is 18+.

THE BEATLES: The Crest Theatre in Westwood presents two nights of Deconstructing the Beatles, a multimedia presentation created and hosted by composer, producer and Beatles expert Scott Freiman. The program features “A Trip Through Strawberry Fields,” an in-depth look at the Beatles’ creative process, and “Tomorrow Never Knows: Deconstructing The Beatles’ Revolver,” which explores the groundbreaking production techniques that went into producing music history. The presentations run on Friday and Saturday at 8 pm. Tickets: $20, $18 with student I.D.

FILM Q&A: A Little Chaos, directed by Alan Rickman and starring Kate Winslet, is a romantic drama about two landscape artists who become romantically entangled while building a garden at Versailles for King Louis XIV. The film opens in L.A. on Friday, and Rickman participates in a Q&A after the 7:15 pm screening at the Sundance Sunset 5. Tickets: $13-$15. The screening is 21+.

PERFORMANCE ART: Metro Art presents multimedia artist Miwa Matreyek, who performs two free shows on Friday night at Union Station’s Fred Harvey Room. She presents two of her multimedia performance works that combine live performance and animation. There are two showings of Myth and Infrastructure & This World Made Itself at 8 and 9:30 pm. Each performance runs approximately 50 minutes.

CHAMPERS: Veuve Clicquot is on a cross country tour, stopping in cities across the country, including the ShoreBar in Santa Monica on Friday night from 8-11 pm. In addition to snacks (including caramel and curry popcorn), a photobooth and music by DJ IamMarkJackson, Veuve Clicquot will be serving Yellow Label by-the-glass for $20 and Non-Vintage Rosé will be available by the glass for $25. For table reservations, please call (310) 429-1851. 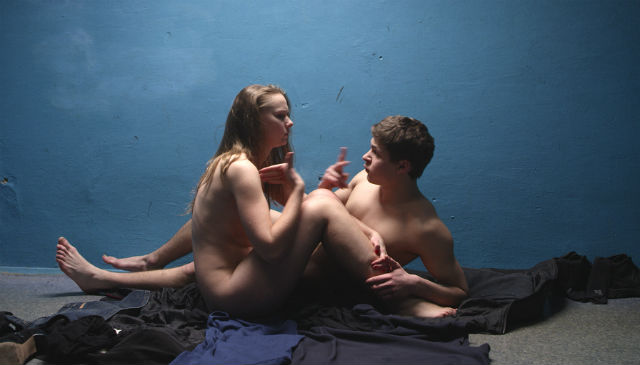 'The Tribe' screens at Cinefamily with filmmaker and cast Q&As. (Image: Drafthouse Films)

FILM: We’re hearing really good things about director Myroslav Slaboshpytskiy’s The Tribe, about a new student at a boarding school for the deaf who realizes that he must prove himself worthy to the school’s ruling gang leader. “At first assimilating seamlessly into his new role in the tribe, he finds himself compromised as he begins to fall in love with his female classmate-and one of the gang's escorts-triggering a sequence of stunningly diabolical events.” The has an exclusive run at Cinefamily this weekend, with Slaboshpytskiy and actress Yana Novikova in person for Q & A’s. Tickets: $12-$14/free for members.

YACHT CLUB PARTY: Three Day Rule brings East Hampton to the West Coast on Saturday from 3-7 pm as they take over the private The California Yacht Club in Marina del Rey. Wear your boat shoes and join 500 guests for an afternoon of bocce ball, cocktails, appetizers and DJ beats with views of the ocean and yachts. Throughout the event, guests can take short sails in groups of 10. Tickets: $15-$20.

SKATE: Re/creation presents ROW - Rave on Wheels at Circus Disco on Saturday. It’s a night of yoga, roller skating, electronic beats on two stages and more. For one night only, Hollywood's iconic Circus Disco club will be transformed into a disco roller rink. Wear your best ‘70s fashion and boogie and skate into the night. There’s a hookah lounge, food trucks and more. Yoga is from 8-9 pm and skating and dancing from 9 pm to 2 am. Tickets: $30.

ART PARTY: The Architecture and Design Museum Los Angeles throws its annual gala on Saturday from 7-11 pm. The event doubles as a housewarming of sorts as the museum’s moved into its new Downtown location at 900 E. 4th Street. CELEBRATE:SHELTER “celebrates the belief that a well-designed habitat creatively and functionally expresses its relationship to site, neighbor, and occupant.” Individual tickets: $125. 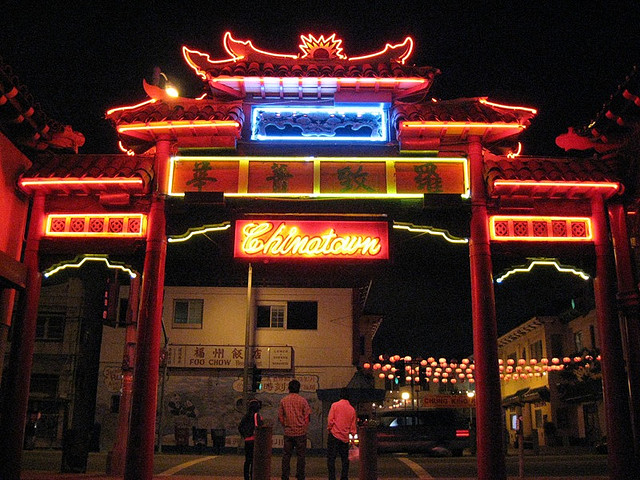 NAKED BIKE RIDE World Naked Bike Ride (WNBR) Los Angeles takes place on Saturday in DTLA. The ride is being held in “celebration and jubilation to deliver a vision of a cleaner, safer, body-positive world to the masses.” If you want to participate, then RSVP. They’ll send you the location and information the night before the ride on where to meet up for festivities, body-painting and more. You must sign up for the WNBRLA newsletter in order to receive the information.

COMEDY: Instant Friends is a monthly sitcom show that improvises brand-new never-before-seen episodes of a favorite '90s sitcom—based on an audience suggestion. Instant Friends features two improvised episodes in every show with cast members switching roles at intermission according to the wishes of the audience. Directed by Chris Grace, the cast includes: Yael Zinkow, Nate Williams, Eve Weston, Max Sosna-Spear, Annabel Seymour and Will Bozarth. It happens on Saturday at 8pm at The Open Space (457 N. Fairfax Ave.). Tickets: $10 at the door. 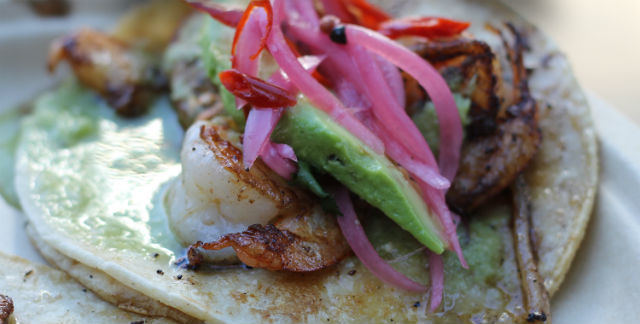 FOOD: On Sunday, there’s an Epic Taco Crawl with Bill Esparza & Gustavo Arellano that bring a small group to their favorite spots in both L.A. and Orange Counties. Fewer than a dozen guests travel to eateries mostly in Boyle Heights (plus Guerrilla Tacos). The day ends with Arellano’s two favorite spots in Orange County, Taco Maria and Alebrije's. The event highlights the varied types of Mexican food available in Southern California and to promote the new cookbook, Eat Mexico: Recipes from Mexico City's Streets, Markets & Fondas by Lesley Téllez (one of the tour organizers). Tickets: $125 and include all food, taxes, tips, a signed copy of the book and private van transport.

GRAFFITI ART: C/S or Con/Safos by Rafa Esparza is a site-specific sculpture and year-long revolving installation at the Bowtie Project—a 19-acre post-industrial lot along the L.A. River. Last summer, Esparza and his father crafted 1,500 adobe bricks on site. In a continued exploration of this site, Esparza used these bricks to build two intersecting adobe walls. During the past year, Clockshop and California State Parks have presented graffiti artists, painters and sculptors have been invited to design, paint, and build onto the surface of Con/Safos. On Sunday from 6-8 pm, artists Timo Fahler and Vyal will continue working on the C/S surface. The Bowtie Project, 2800 Casitas Ave., L.A.

DRINKS:: Art Beyond The Glass IV is at General Lee's in Chinatown on Sunday afternoon from 3-7 pm, with L.A.’s top bartenders coming together for cocktails and a cause. The city’s bartenders will mix it up throughout the afternoon, also showing off their other talents, such as painting, photography, live music, performance and more. Tickets for the event are $60 per person and will be available until 6 pm on Saturday. Tickets will not be available at the door for purchase. This year ABTG raises funds for KCRW’s Capital Campaign to build a 35,000 square-foot Media Center.