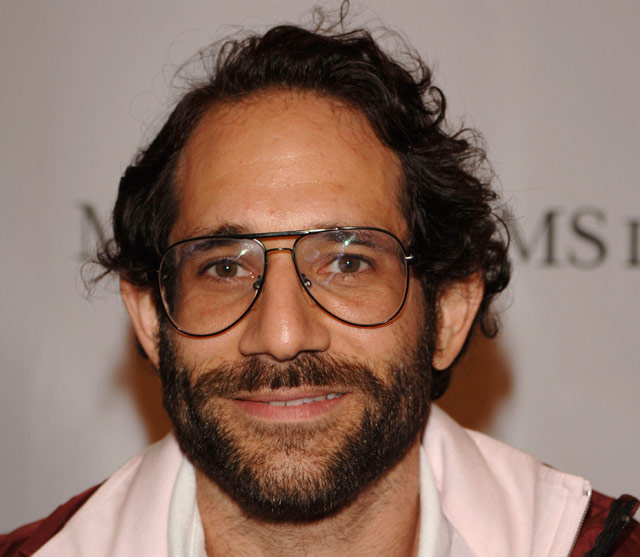 American Apparel founder Dov Charney has filed a number of lawsuits against the company since he was ousted last June, claiming his firing was illegal. The company fired back on Friday by filing court documents filled with gross details about Charney's alleged misconduct to show that his firing was justified, the L.A. Times reports.

The documents allege that Charney called some employees "Filipino pigs...with your faces in the trough" and pantomimed pressing a gun against another worker's head. Charney is also accused of sending explicit messages to employees and then asking them to delete them later. American Apparel also claims that Charney recorded video of himself having sex with various American Apparel models and staff, and then saved the videos on the company's network. American Apparel Chairwoman Colleen Brown said in the documents that one of these videos appeared to take place in his downtown L.A. office.

Brown also said that Charney's inappropriate behavior cost the company about $10 million in legal fees through September of 2014. At one point, Charney was accused of calling an employee at one of the retail outlets a "long-haired, wannabe Jew," insinuating the employee was gay. He also accused of trying to choke that employee and smear dirt on his face. In 2011, Charney was sued by a group of models who claimed he sexted, "violently kissed," and forced himself upon them. That same year, Charney was accused of forcing a teenage employee to perform a sex act on him in his New York apartment. Then there was that video that appeared to show Charney dancing naked in front of employees.

Charney's lawyers are denying that any of the behavior listed in the documents is true, and that American Apparel is "desperately trying to distort public attention to the fact that Mr. Charney's firing was illegal."

Charney filed a defamation suit against American Apparel in May, claiming that Brown lied to employees by telling them that Charney had agreed in writing to permanently leave the company. In a suit filed on Friday, Charney claims that the company lied to prevent him from getting enough votes to return as the leader of American Apparel.

Even without Charney, American Apparel still seems to be as uncouth as ever. In March, the company put out a casting call for models. Specifically, the ad requested "REAL MODELS. NOT INSTAGRAM HOES OR THOTS."