Proof That Angelenos Are Ditching Their Cars 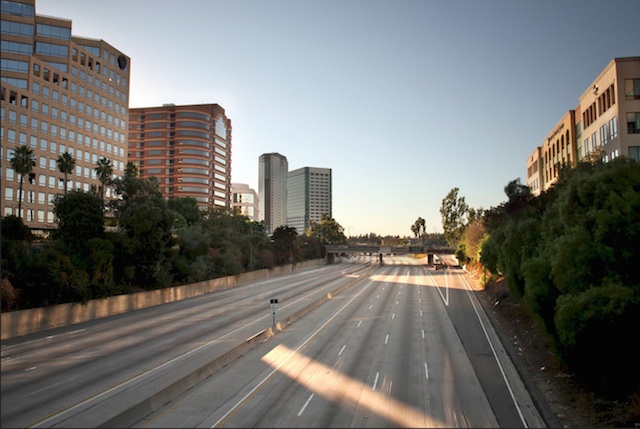 Good news: Many of us in Los Angeles are spending less time stuck in our cars than we used to.

On average, Los Angeles residents are driving more than an hour less per day than we did ten years ago, according to a chart from a recent LA City Planning report. The chart, which was tweeted out by future Santa Monica City Manager and outgoing Los Angeles Deputy Mayor Rick Cole, shows that from 2002 to 2013 there was a consistent decline in per capita vehicle miles traveled. In other words, it shows that on average each person in L.A. is spending less time in the car.

According to Cole, this is the "clearest sign yet of a Third Los Angeles," which refers to what many consider to be a new era for the city that focuses more on public transit and shifts away from our past dependence on cars. As more people venture on to the city's quickly expanding transit system, ride bicycles more often, and generally find ways to ditch their car more often, chances are the city could look quite a bit different in the coming years and decades.