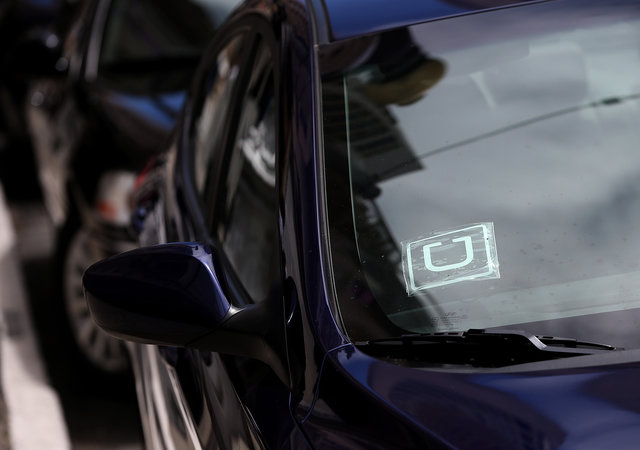 A motorcyclist has filed suit against Uber claiming one of its drivers caused him serious injury after they collided because the driver was allegedly distracted by the app.

Cuyler Mayer claims in his suit filed in Los Angeles Superior Court Wednesday that Uber driver Syed Fakhar Shah allegedly caused him serious injury after Shah was driving alongside Mayer’s motorcycle on Sunset Boulevard last Nov. 27 and made an allegedly unsafe U-turn, colliding and causing Mayer to fall off his motorcycle and hit Shah’s windshield, City News Service reports. The suit states Mayer then landed on the ground and fell unconscious, and was taken to Ronald Reagan UCLA Medical Center with a broken fibula, injured neck and severe bruising.

Mayer names Uber Technologies Inc. and Uber subsidiary Raisier LLC alongside Fakhar in the suit. He is seeking unspecified damages.

The suit’s language doesn’t hold back in holding Uber responsible for encouraging its “unskilled” drivers to “drive in a risky manner to maximize their fares, [causing] countless horrific injuries and deaths.” The suit claims Shah was receiving web and text-based communications at the time of the accident, causing him to be distracted.

The suit says Uber rates its drivers based on a speedy pickup time, upping the risk of crashes such as the one involving Mayer. It also claims Uber tells its drivers to keep the app open while driving. It says the company knew or should have known that keeping the app open would risk distracting drivers, putting the general public at risk and violating California law.

But the law here is murky. You’re legally only barred from texting or talking on the phone while driving, but you can look at a navigation-based app while driving. However, CHP officer Mike Harris told KPCC “you can't do anything in your car if it's making you drive distracted. If you're looking at your navigation on your phone, but yet you are unable to maintain your lane or unable to drive in a safe matter, you're gonna be stopped for that and cited.”