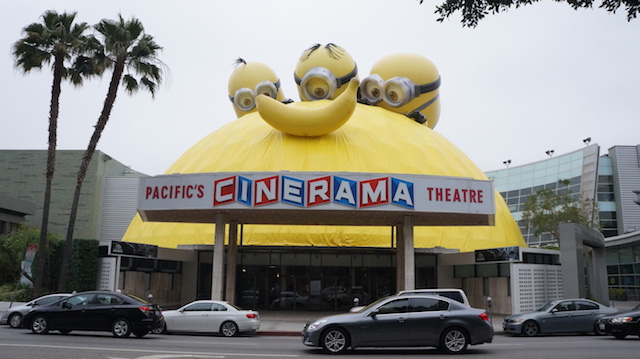 Last week, we started noticing a massive Minions installation taking shape over ArcLight Hollywood's Cinerama Dome. Now, it's all done, complete with three yellow creatures crawling over the theater and peering out over a gigantic banana.

The marketing piece is advertising upcoming animated flick, Minions, which will be released in theaters on July 10. The installation, which took over 2,000 hours to assemble, is on display until July 16. The Minion figures include Kevin, standing at 50-feet-tall, Bob at 35-feet-tall, and Stuart at 40-feet-tall, according to ArcLight Cinemas and Universal Pictures. 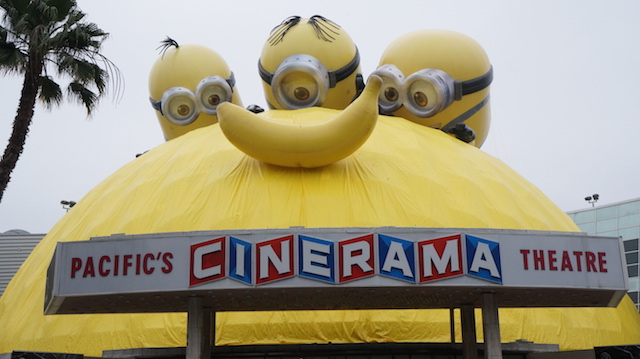 Here's a time-lapse of the whole thing going up:

The film is a spinoff and prequel to Despicable Me and Despicable Me 2, and stars Sandra Bullock and Jon Hamm voicing the characters. Here's the trailer: