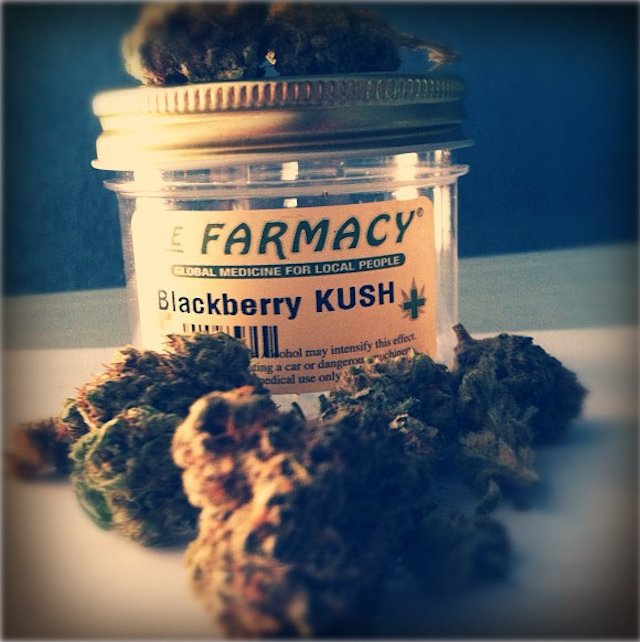 Photo by Sundogg via the LAist Featured Photos pool on Flickr

California may have been the first state to legalize medical marijuana, but for twenty years efforts to regulate the industry have mostly gone up in smoke—until now.

The California State Assembly has finally given initial approval this week for comprehensive statewide regulations that would help manage the state's marijuana marketplace. The bill proposes to create an agency known as the Governor's Office of Marijuana Regulation, which would oversee the licensing and regulation of any commercial cannabis activities, according to the L.A. Times. And while the Medical Cannabis Regulation and Control Act still needs to be approved by the state Senate and Governor Jerry Brown, the fact that it has made it this far bodes well for anyone who grows, sells or, um, enjoys the benefits of medical marijuana.

If passed, the bill would bring much more standardized practices in a state industry that has struggled to manage medicinal pot. We would see more standardized products like edibles, those selling weed would have to be trained and certified, and dispensary licenses would be granted from the state to those who have been previously approved by local jurisdictions, says the L.A. Weekly. The bill would also create a Division of Medical Cannabis Cultivation and Division of Medical Cannabis Manufacturing and Testing, which make growing and smoking/ingesting pot sound way more official than we've ever heard. For a more detailed breakdown of the bill, check out SF Weekly.

What makes the bills progress—and hope for approval—even more compelling is the fact that it is a combination of two rival proposals. On one side you have Emerald Growers Association, who lobbies for small cannabis farms, and on the other side the Police Chiefs Association and the League of California Cities. Somehow through some medical marijuana miracle/haze, the two bills were merged into one. According to Assemblyman Rob Bonta who helped introduce the bill, "AB 266 works to fix a system that has been broken for almost two decades."

So, while we may not see L.A.'s medical marijuana farmer's market reopen right away, we may finally see some big changes to the state's marijuana industry very soon.