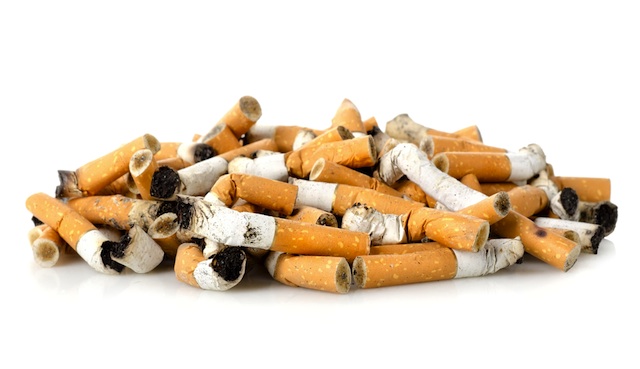 (Photo by Givaga via Shutterstock)

California could be one of the first states to raise the legal age limit on tobacco, as a bill passed the state Senate on Tuesday.

SB 151, authored by Senator Ed Hernandez of West Covina, passed the Senate by a vote of 26-8 and would simply raise the age required to purchase tobacco from 18 to 21. "We will not sit on the sidelines while big tobacco markets to our kids and gets another generation of young people hooked on a product that will ultimately kill them," said Senator Hernandez in a statement.

According to KPCC, California is part of a growing trend of states, particularly in the West, that are considering raising the age on tobacco use and sales. In Hawaii, lawmakers have passed a law currently awaiting their governor's signature that raises the age of tobacco and e-cigarette use to 21. Oregon and Washington are also considering similar bills. New York City and Hawaii's Big Island already locally ban the sales of tobacco products to anyone under the age of 21.

A recent study by the Institute of Medicine says that teen smoking could be curbed by 12 percent if the age limit was raised to 21, making it harder for minors to find somebody to buy cigarettes for them. According to the study, 90% of smokers say they started before the age of 19.

SB 140, authored by Senator Mark Leno of San Francisco, also passed the Senate this week. That bill, if signed into law, would allow e-cigarettes to be treated like tobacco products. If both SB 140 and SB 151 were signed into law, not only would e-cigarettes be banned statewide in public places but the legal age limit to buy them would also be raised to 21.

While support for SB 151 bill has come from the usual circles of medical associations and the American Cancer Society, opponents include the Cigar Association of America and the California Retailers Association. Critics say if an 18 year old can vote or join the military, they can make their own informed decision about buying tobacco products.