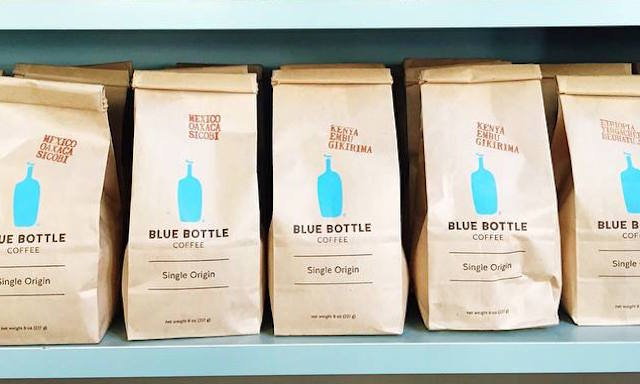 It looks like the beautiful Bradbury Building will be getting a Blue Bottle Coffee!

The coffee that's so good people in Tokyo waited four hours in line to get a cup is coming to downtown's historic Bradbury Building. The Oakland-based coffee company signed a lease to open a new shop in the space next year, Financial Times reports. DTLA Rising speculates that Blue Bottle will take over the corner space previously inhabited by a Sprint store, which is moving to a smaller space in the building with an entrance on Broadway. This would position the shop across from Grand Central Market (which has its own coffee spot with G&B Coffee). Blue Bottle already has locations in Venice on Abbot Kinney, and in the Arts District.

Recently, Blue Bottle merged with San Francisco's Tartine Bakery, which will get a Los Angeles outpost in the Arts District next year.