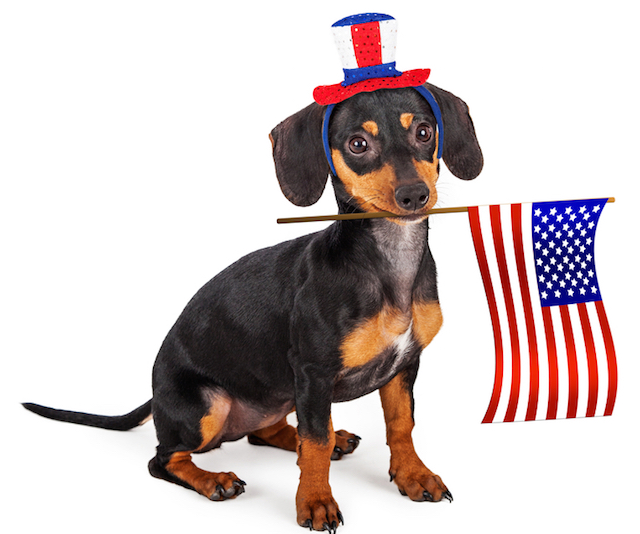 'Woof! Don't disappoint me by drinking and driving!' (Photo by Susan Schmitz via Shutterstock)

It's Memorial Day weekend, and that means that the police will be out in full force making sure you're on your best behavior.

It's a long weekend, full of fun things to do (as noted in our weekend events guide here). Long weekends are often great for nights on the town, but of course, we'd like you to be safe. Last year, CHP arrested 1,256 people for driving under the influence over the course of the weekend, according to City News Service. There were also 25 fatalities attributes to car crashes, and seven of those people were not wearing seat belts.

The LAPD has told us that posting checkpoints actually helps reduce drunk driving by reminding people of real-life consequences.

So here they are:

California Highway Patrol has a "maximum enforcement period" that begins tonight at 6:01 p.m. and lasts through midnight on Monday. Officers will be on the lookout for drivers who aren't wearing their seatbelt, are drunk and who are breaking traffic laws. The DUI task force will be out tonight and Saturday night in Lake Forest, Mission Viejo and Rancho Santa Margarita.

Saturday
DUI Saturation Patrol in Central Bureau from 6 p.m. to 2 a.m.
Checkpoint in the 77th St. Area at Western Ave. and Slauson Ave. from 7 p.m. to 1 a.m.