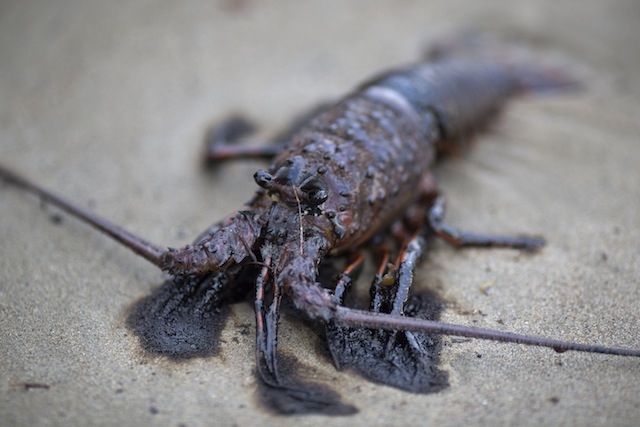 As crews are in their third day of cleaning up the massive oil spill off of the Santa Barbara County coast, we are starting to see more of the devastating aftermath. Heartbreaking photos of wildlife covered in oil and marine life lying dead on the sandy beaches have been slowly emerging.

The spill may be worse than we originally thought. Initial reports estimated that 21,000 gallons of crude oil spewed from a 24-inch pipeline helmed by Houston-based Plains All-American Pipeline off of Refugio State Beach on Tuesday. Now, the L.A. Times is reporting that the amount might be much greater at 105,000 gallons. The Associated Press says that 21,000 gallons of the estimated 105,000 gallons may have spilled out to the ocean waters. The spill has spread from 4 miles to 9 miles down the coast.

California Department of Fish and Wildlife is scouring the beaches for injured wildlife, according to ABC News. At least two oil-covered pelicans have been found dead on the beaches, the Associated Press reports. California Office of Spill Prevention and Response posted on Facebook that there were five pelicans they rescued and have taken to a rehabilitation center.

Posted by Cal Spill Watch - Office of Spill Prevention and Response (OSPR) on Wednesday, May 20, 2015


The Ventura County Star ran a photo of a man named Reeve Woolpert carrying a oil-covered pelican he rescued from the beach:

An oil-covered pelican at Refugio oil spill today rescued by Reeve Woolpert, photo by David Yamamoto for The Star. pic.twitter.com/stqj0iixW0


Here's another sad snapshot of a pelican completely covered in oil:


Another man tried to save a bird out of the water:


The Associated Press reported that biologists were seen counting the number of dead fish and crustaceans on the beaches. These are some of the marine life that have been found dead:

More photos from CA spill show only getting worse. Rays, fish washing up amid globs of oil http://t.co/5UBYJSrEbt pic.twitter.com/joPsQ2n7sO 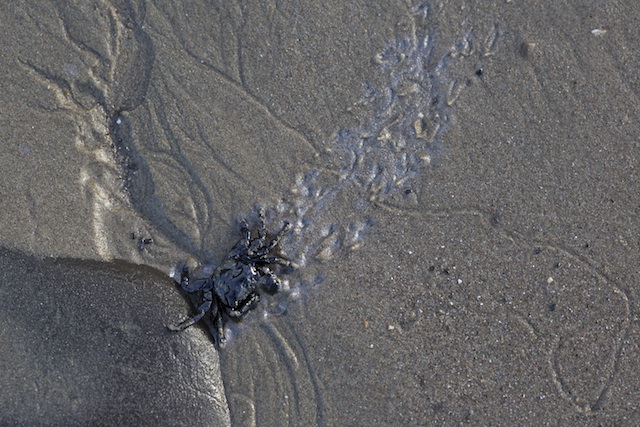 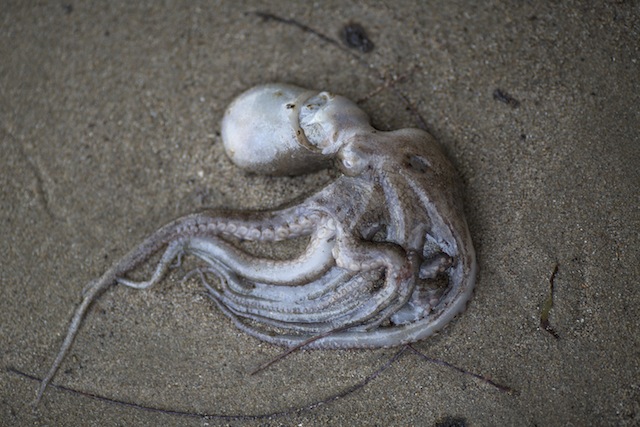 L.A. Times reporter Javier Panzar posted photos to Twitter of a sea lion lying with her head on a rock:

She is lying with her head on a rock. Heartbreaking. Reported to Fish and Wildlife. Waiting. #SantaBarbaraOilSpill pic.twitter.com/NpSZvyuzRn


He wrote that the sea lion's eyes and flippers were covered in oil:

The sea lion has oil in its eyes and its flippers. Marine biologist here thinks it is a female. #SantaBarbaraOilSpill pic.twitter.com/7aDWhLNpeJ


Sadly, the sea lion then went back into the water. A scientist told Panzar that it was bad, but that's where the food is and eating may help the animal a bit.

A Getty Images photographer snapped this picture of a sea lion swimming in the oil-laden waters off the Santa Barbara County coast: 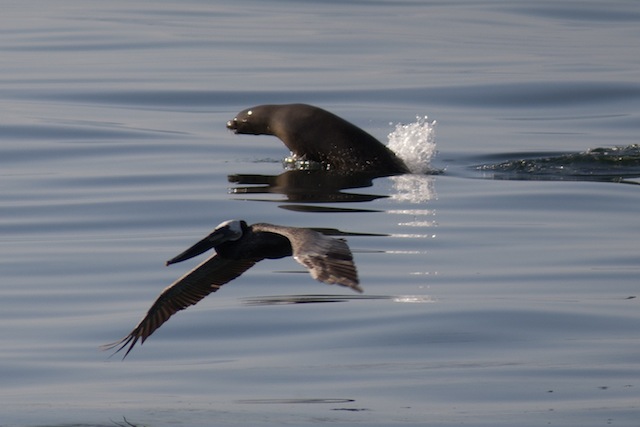 A sea lion swimming in the oil-laden waters off the coast of Santa Barbara County, and a pelican flying overhead (Photo by David McNew/Getty Images)

Mark Crossland of the California Department of Fish and Wildlife in a statement yesterday. However, they have had some reports from people saying they are suffering from headaches and throat irritation.

Plains All American Pipeline LP Chairman and CEO Greg L. Armstrong apologized at a news conference, according to the Associated Press: "We deeply, deeply regret that this incident has occured at all. We apologize for the damage that it's done to the wildlife and to the environment and we're very sorry for the disruption and inconvenience that it's caused on the citizens and the visitors to this area."

The L.A. Times went through federal records and found that Plains Pipeline, which is responsible for the oil spill and is the company that is part of the Plains All American Pipeline LP, has had a bad track record with safety. The records show that they've had 175 safety and maintenance infractions since 2006.

It's not clear at this point how long the clean up will take or how much it'll cost. However, because Gov. Jerry Brown declared a state of emergency on Wednesday, some of the state funds and resources can be used to help out with the cleanup.