Sometimes you want to go where nobody knows your name and they don't really care that you came, but they're happy to let you drink in peace anyway. That's when you want to head to what we fondly refer to as an Old Man Bar. For when you want to enjoy a quiet drink without gimmicks, pretension or 12-ingredient craft cocktails, these humble establishments offer welcome respite. Here are our favorite Old Man bars around Los Angeles for wiling away a few hours. 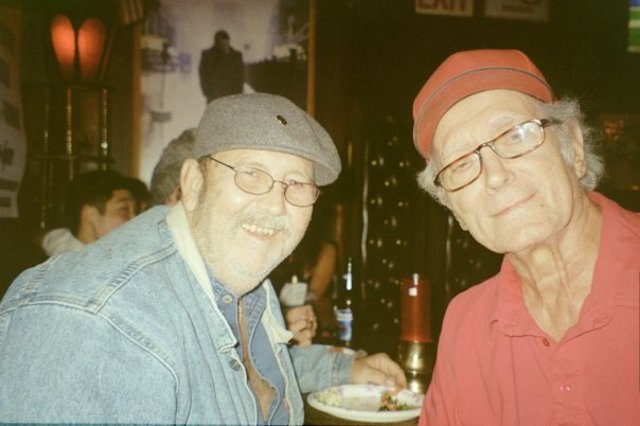 When a bar opens at 6 a.m. and most of the drinks are under $6, there's a good chance you're in an Old Man bar, and that's definitely the case at the cash-only Lost and Found. Head into this strip mall haunt and if the early risers have left a few well-worn faux leather stools free, grab a seat and lean into the gentle slope of the bar. Order up a bottle of beer (no craft draughts) or a stiffly-poured well drink and sprinkle a bit of celery salt over your free popcorn. The ages of most weathered regulars tends to skew into the golden years, but anyone of age is welcome to load up the classic rock-heavy jukebox, play a round of pool, or just quietly pass the hours in the low light. 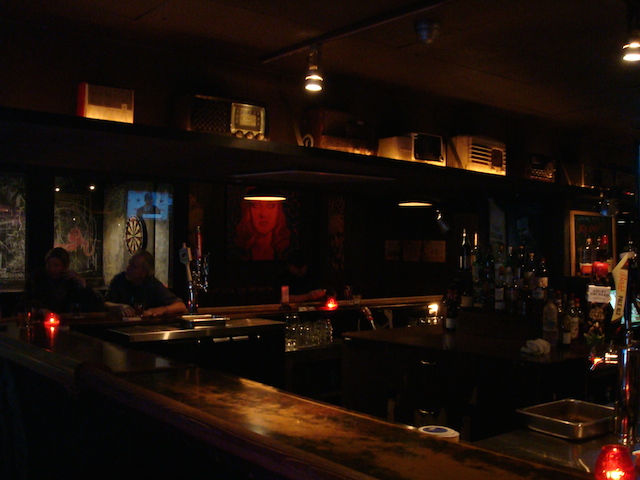 Regulars at The King Eddy Saloon (Photo by Danny Jensen/LAist)

This pre-Prohibition downtown stalwart may have received a recent facelift, but we were as relieved as most of the aging regulars that the King Eddy spirit remains. Originally opened in 1906 as a watering hole for the adjacent King Edward Hotel, the saloon literally went underground as a popular speakeasy during Prohibition, then reemerged in '33 as a popular hangout for the hard drinking sort who prefer to mind their own beeswax. With the addition of a dance floor and other hip flourishes, you're likely to encounter a younger crowd later in the night, but if you find yourself in the Eddy in the early evening you're bound to see a few gents who have weathered more than a few decades and content to stay fixed to their favorite stool. 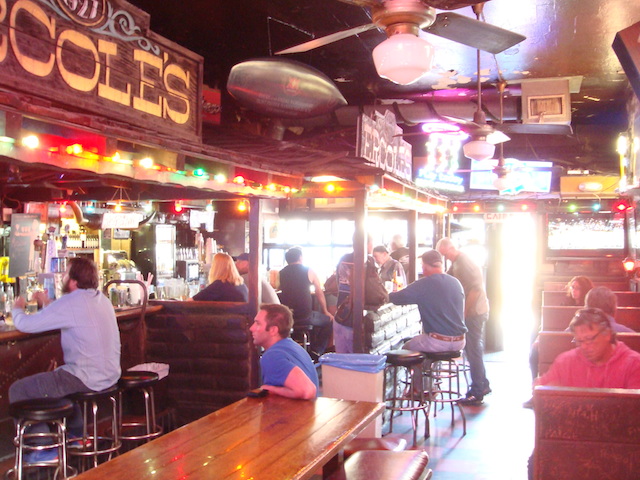 Apart from moving the wooden signs indoors and replacing them with neon ones, not much has changed about this Manhattan Beach institution since opening in 1927, and that goes for the older clientele, too. Silver-haired regulars swap stories over bottles of Bud while seated on stools at the bar and greet familiar arrivals with a nod and a Cheers-worthy welcome. The price of drinks has also remained refreshingly low, and while you may be tempted by the $1 Dodger Dogs at game time or the $5 pair of tacos on Tuesday, you don't want to miss their solid, no-frills griddle burger. 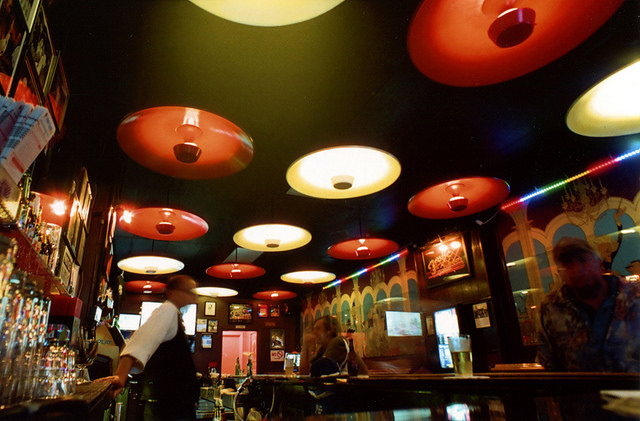 A quiet night at the Frolic Room (Photo by J. Jakobson via the LAist Featured Photos pool on Flickr)

Several of Hollywood's remaining old-school bars have received a shiny new coat of polish, but the Frolic Room has endures charmingly unchanged over the decades. This refuge for the neighborhood's older drinkers—who predictably gather in the earlier hours—stocks plenty of cheap, cold beer served up by vested bartenders decades older than most in the neighborhood. Once rumored to be a Prohibition speakeasy for the neighboring Pantages, the interior has also remained largely unchanged since the last remodel in 1963, and let's hope it stays that way.

Unlike some old man taprooms that might get overrun by hipsters in the later hours, this nautically-themed British dive remains steadfastly senior. Sure, you might see some younger faces drift in-and-out of the booths, but the mostly cheerful old timers show no signs of moving from their favorite stools around the bar. And why would they when you can sip a $3.50 Old Fashioned or order $5.50 beer and shot combos (appropriately named a Wiseman Special), while chatting with your drinking buddy and listening to a great juke box? We can't think of a good reason to go elsewhere either. 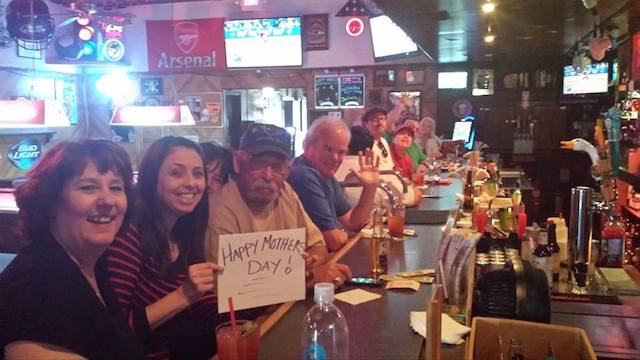 If you're in search of an Old Man bar that also delivers strong in the karaoke department, head to this Culver City dive. Plenty rough around the edges, the Scarlet Lady is the place to go for cheap pitchers of beer, a few rounds of pool and darts, and to catch a few older crooners swaying at the microphone. And if you're lucky you may even score some free homemade snacks like nachos and burritos brought in by the staff to help balance out the stiffly poured drinks. Because if there's one thing that old guys like with their cheap booze, it's free food. 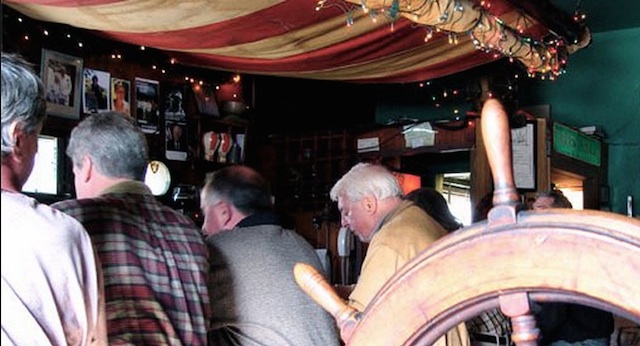 The new Rat Pack at Chez Jay (via Facebook)

This tiny oceanside landmark may be slated for a remodel one day soon, but until then you're likely to find the 12 stools at the bar occupied by some longtime Santa Monica residents. Once a favorite haunt for the Rat Pack and Hollywood's Golden Era stars, you're now just as likely to find lifelong fans of Sinatra at the bar sharing stories over whiskey and steak. If you're in the mood for cold beer, quiet conversation, and throwing peanut shells over your shoulder, Chez Jay does it your way. 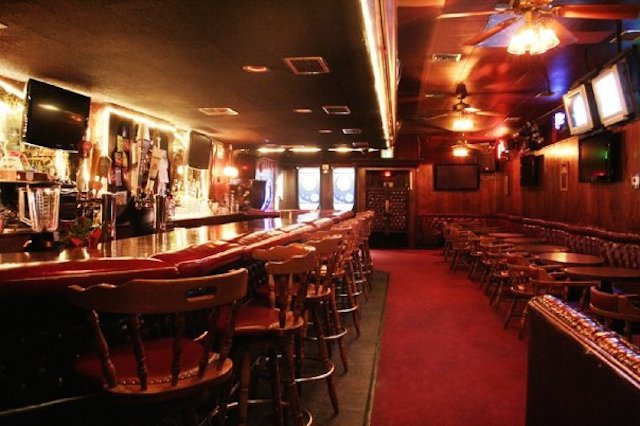 If you have childhood memories of visiting your grandfather at his favorite bar, you'll likely recognize the decor of the Foxfire Room. 70s-era wood paneling, deep red carpets, and swiveling wood and leather stools: it's all here, along with plenty of friendly old-timers who are likely somebody's grandpa. The low-key party starts at 6 a.m. with plenty of cheap and unfussy drinks to go around. Play some darts, join in for karaoke, or just stir your drink, lean back in your creaky stool and appreciate a bar that has nothing to prove.

Frank 'n Hanks is one of L.A.'s last remaining dives. The drinks are cheap, the beer is cold, the jukebox is analog and there's always a group of regulars playing pool or throwing darts. It's open every day at 6 p.m., and you can always score a well drink for $4.The narrow bar's decor includes a mismatched collection of paintings and posters, including a horizontal painting of a nude woman sprawled on red sheets. You'll most likely find Snow, the bar's proprietor, slinging drinks with efficiency. Most of the seating is at the bar, and while often quiet, it can get busy to the point of standing room only on the weekends. This bar is cash only and staggering distance away from the Wiltern and The Purple Line. —Juliet Bennett Rylah