The Story Behind Don's Motel On Mad Men 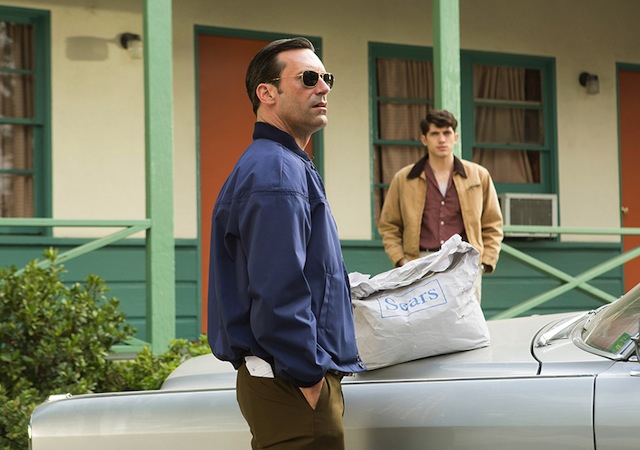 The colorful motel Don Draper was holed up in during this week's penultimate episode of Mad Men wasn't really in Anytown, U.S.A., just outside of Tulsa and somewhere between Wyoming and Kansas. The real life motel is in La Crescenta (2413 Foothill Blvd), in the foothills north of Los Angeles.

The La Crescenta Motel opened in the late 1940s, when it was called the May Lane Motel—it had (and maintains) a classic L-shape. A book on La Crescenta describes its origins and provides early photos: "In 1949, Glen Hine nails down the subfloor on a future Crescenta Valley fixture—the May Lane Motel, named for his son Maynard ("May"), and is daughter Alane ("Lane"). He ran the motel until his death in 1964." The book also notes that the motel "lives on borrowed time, as developers plan to tear it down soon"—this was published in 2006, however, and the motel is still standing today... though it's had an uncertain future since its sale in 2002. 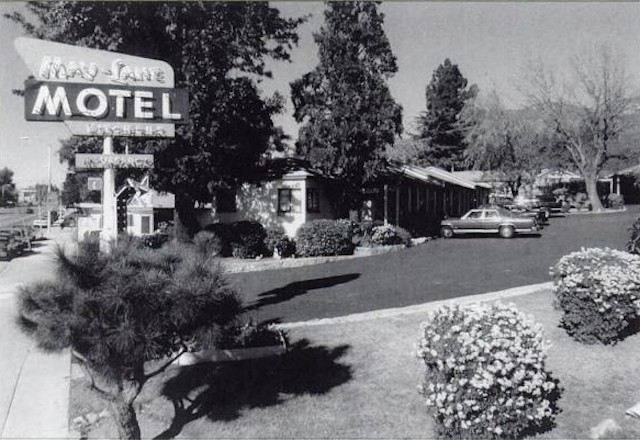 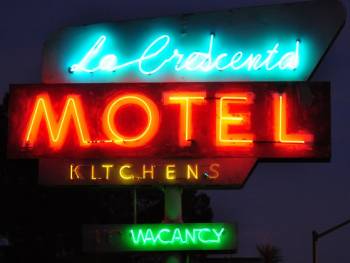 In 2008, the Glendale News noted that original owner "Glen Hine grew up in Indiana and moved to the west coast after serving as an aircraft mechanic in World War I. He and his wife, Theresa, built a home in Glendale prior to purchasing the La Crescenta land, where they built the hotel." Hine had wanted to build a 1950s diner on the lot, as well, but didn't get a chance to before his death.

After Hine’s death, in 1964, his family continued to run the motel for about 40 years. Theresa Hine lived there until her death in 1994, when she was 95 years old. When Maynard determined the business was taking too much time away from his young family, he turned the motel over to his sister, according to his writings. The motel was sold to developer Mike Kobessi in 2002 and plans were approved by the county in 2005 to include demolishing the current one-level set of rooms and replacing that with a two-story retail and office structure. 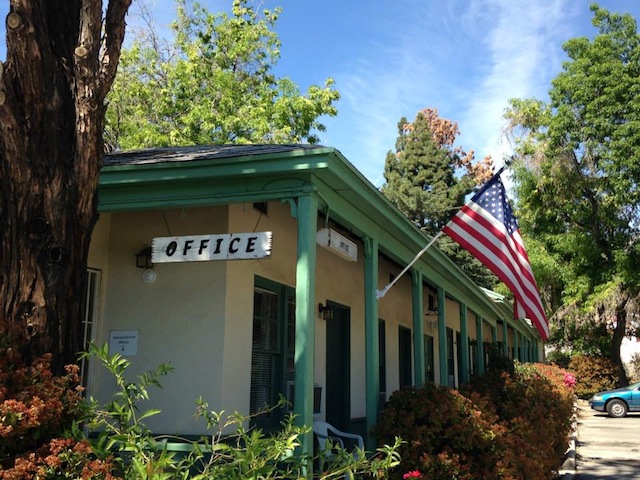 In 2012, another article noted that its fate was still uncertain, but the steady stream of filming has, so far, been helping to pay the bills at the beloved neighborhood fixture.

In addition to Mad Men, the motel has also appeared in True Blood, Win A Date With Tad Hamilton, Glee, Beverly Hills, 90210, and X-Files (twice).

Rooms are under 100 bucks a night, and it has a pretty good Yelp rating for a roadside motel.