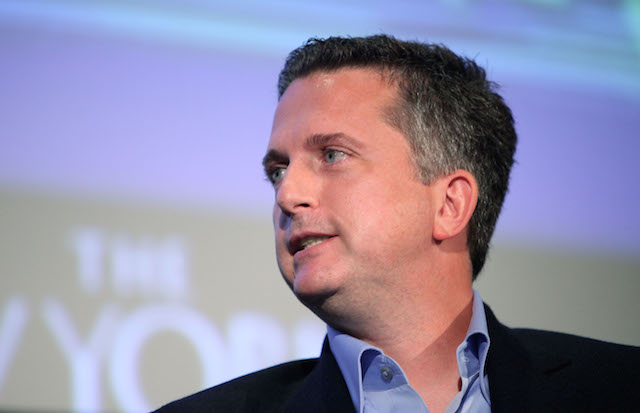 Simmons, who has been writing for ESPN since 2001, failed to reach a contract extension with the sports-media giant and both sides agreed to part ways when the contract ends in September. "We've been talking to Bill and his agent and it was clear we weren’t going to get to the terms, so we were better off focusing on transition," ESPN president John Skipper told the New York Times.

Although Simmons' name is primarily on the Grantland masthead at this point, Skipper told the Times that nothing would change at that site. "It long ago went from being a Bill Simmons site to one that can stand on its own," he said. Ouch.

The relationship between Simmons and ESPN has been mutually beneficial, if contentious. During his near-decade-and-a-half with The Worldwide Leader in Sports, Simmons was one of the most read writers on their site, founded Grantland, created the Emmy Award-winning documentary series 30 For 30, and his B.S. Report podcast was always one of the most downloaded on iTunes. As a writer, his personal fan perspective brought a dimension to sports and pop culture writing that has undeniably made writing on the Internet what it is today. That long leash, though, sometimes got him in trouble with the executives at ESPN.

Even under the wing of The Worldwide Leader in Sports, Simmons never shied from taking shots at major figures across the sports landscape—even at ESPN colleagues and partners. Simmons' long leash reportedly became a point of contention among The Powers That Be at ESPN, but it was obvious that both sides enjoyed his position as the renegade within the world's largest sports outlet. However, it all came to a head in September of last year when Simmons was suspended by ESPN for three weeks after he criticized NFL Commissioner Roger Goodell on an episode of his podcast (that has unsurprisingly expunged from the B.S. Report).

Mediaite has a transcript and the snippet of the podcast, where Simmons criticized Goodell's handling of the Ray Rice situtation by calling the NFL commish a "liar" and dared his bosses to punish him. ESPN, who is a major media partner with the NFL and broadcasts Monday Night Football, said Simmons was suspended because did not "operate within ESPN's journalistic standards."

Where Simmons will go remains a mystery. Hey Bill, we'd love to have you write for LAist! Shoot us an email.