5 Delicious Pop Tarts You Need To Try In Los Angeles

When pop tarts started, well, popping up a few years back, we were excited to see some of L.A.'s best pastry chefs taking on the ubiquitous boxed breakfast treat—and taking it to the next level. Their grown-up versions had us at first bite, and the best part is that they weren't just a passing trend. Pop tarts are still going strong, and there are some seriously delicious versions all over town. Here are some of our favorites. Tell us yours in the comments section. 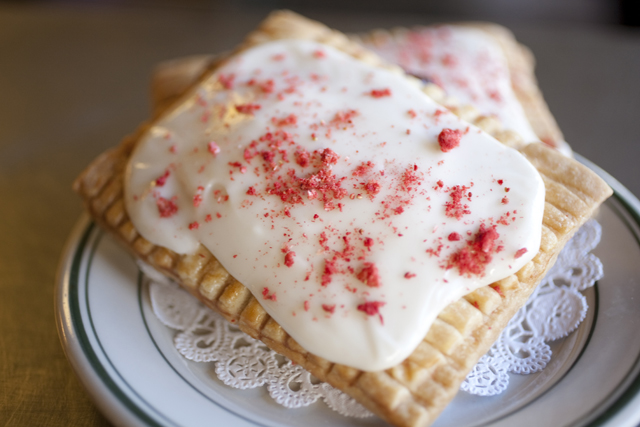 The strawberry pop tarts at Nickel Diner were the first we ever tried outside the box, and it was a luscious introduction. The dough is buttery but light, giving way to sweet strawberry jam inside and pink-sprinkled frosting. "I would eat boxes of Pop-Tarts as a kid and think, 'These could be so much better,'" says co-owner Monica May, who also serves up seasonal flavors, like the popular pumpkin in the fall. Currently, you'll find blueberry-meyer-lemon and chocolate-banana on that tempting dessert plate they bring around at the end of your meal. 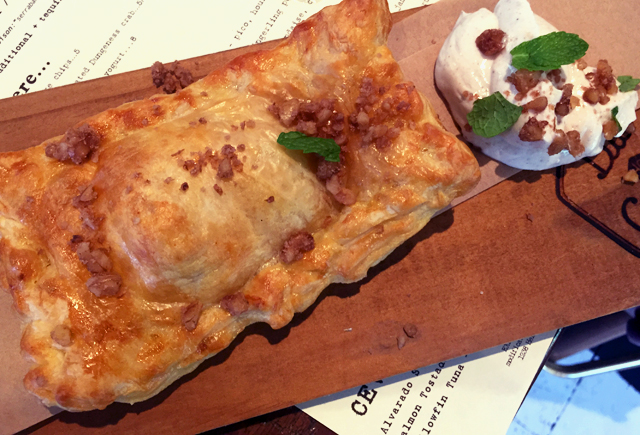 One of the best versions we've tried recently is the mango pop tart at Dia de Campo in Hermosa Beach. Available on the brunch menu, it can be ordered as an appetizer or dessert, but it's best to share because it's giant. Cinnamon sugar dough is stuffed with big chunks of fresh mango and then sprinkled with more cinnamon and sugar before it goes in the oven. It's then finished off with a handful of candied walnuts and served with a side of chilled Greek yogurt that's been mixed with honey and spices. Cut into it and watch and watch all that warm sweet mango goodness pour out. Oh yeah! 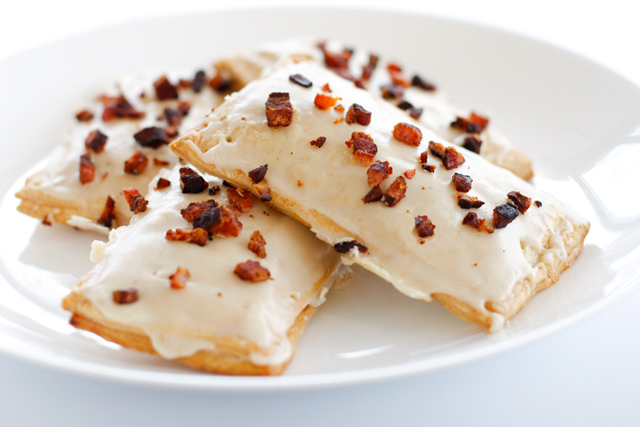 LACMA is a great place to expand your cultural horizons—and eat great food while you're at it. On-site coffee bar C+M (Coffee and Milk) is the perfect spot to indulge in deep, artsy conversation, a cup of Intelligentsia coffee (or maybe a boozy milkshake), and some really delicious pastries. The pop tarts, which are as refined as you might expect from a Patina Group restaurant, are baked daily and come in two flavors: lemon lavender and bacon date, which is topped with morsels of bacon. Both combine sweet and savory elements are small enough that you can eat the whole thing yourself. 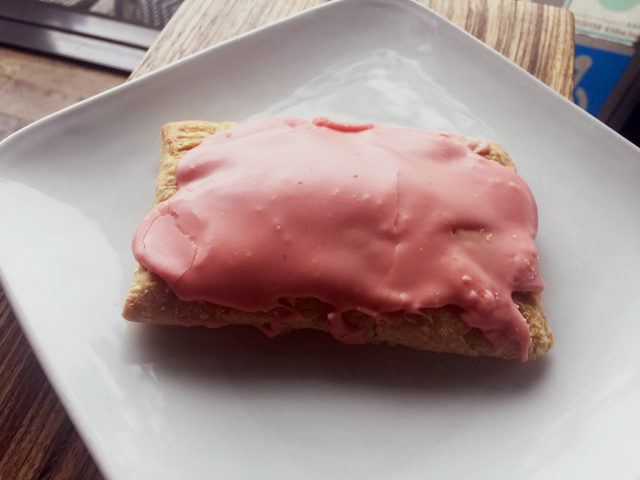 The pastry case at Four Cafe, which has locations in Beverly Grove and Eagle Rock, isn't huge, but the delightful display of cookies, cupcakes, and brownies still makes for some tough choices. When we really want to do it up, we go for the pop tart. The flavors of the sizable baked treat are seasonal—maple brown sugar usually shows up during fall and winter, and right now, strawberry is in play. The flaky crust is filled with sweet, house-made preserves and cream cheese, and coated with a thick layer of pretty pink frosting. It's decadent enough to share three ways. 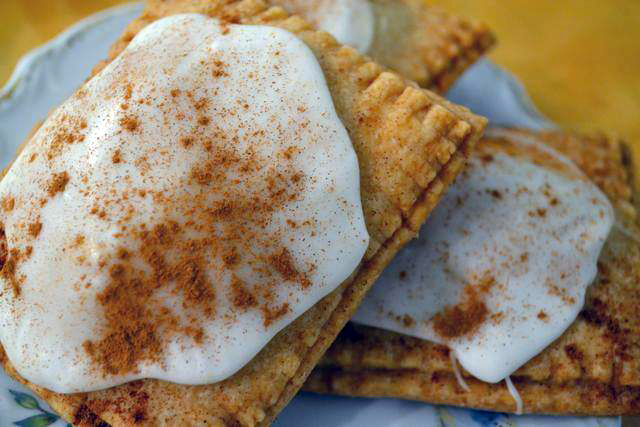 A pop tart by any other name still tastes so good. At Downtown's Semi Sweet Bakery, owned by Bouchon and Nickel Diner alums, they call their version Pocket Tarts and serve three varieties: strawberry, apple cinnamon, and PBJ. The outside is flaky and a little bit crumbly, and the finished product has a perfectly proportioned filling-to-crust ratio. It's the kind of baked treat you start craving not long after the last bite. And, hey, if you don't like pop tarts, you can always go for a Ding-A-Ling, their version of a Ding Dong.