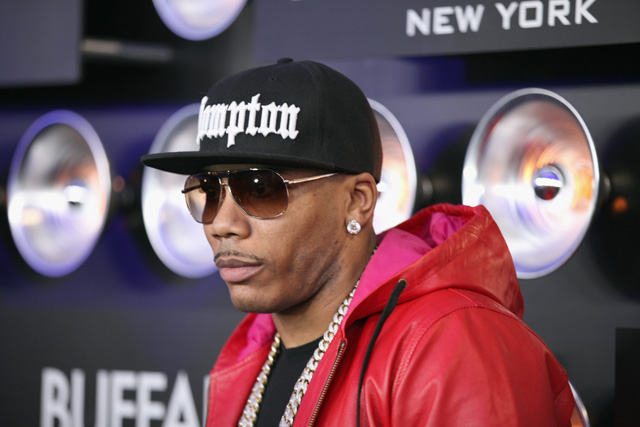 Nelly during better times at a Playboy party in New York in January. (Photo by Chelsea Lauren/Getty Images for Playboy)

Rapper and Real Husbands of Hollywood star Nelly was arrested yesterday in Tennessee after the police pulled over his tour bus and said they found illegal drugs, including meth.

Nelly (whose real name is Cornell Haynes) was pulled over at 9:20 a.m. Saturday because his tour bus didn’t have the right stickers posted, ABC7 reports. According to Tennessee Highway Patrol, troopers smelled marijuana and searched the vehicle, turning up five rocks that tested positive for meth, as well as handguns, weed and drug paraphernalia.

Nelly was taken to Putnam County Jail and faces felony charges for drug possession. But today his lawyer, Scott Rosenblum, the drugs weren’t Nelly’s. He told TMZ there were 15 to 20 people who had access to the bus before it was stopped and said, “a small quantity of [MDMA/Ecstasy] was discovered.” He added, “Nelly will not be associated with the contraband that was allegedly discovered.”