Videos: AC/DC's Thunder From Down Under Rocks Coachella, And Other Highlights 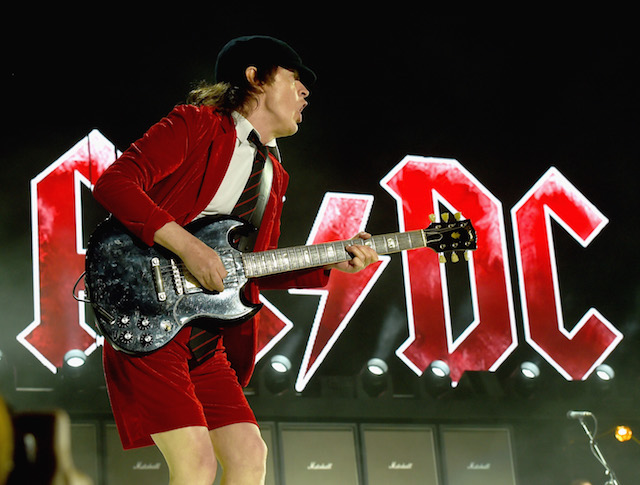 We salute you, Angus Young of AC/DC. Rocking the Coachella main stage (Photo by Kevin Winter/Getty Images for Coachella)

Coachella's lineup seems to get more geriatric with each passing year. In Day 1 of this year's festival we saw Steely Dan and a reunited Ride. But of course the biggest name of the dad-set was AC/DC, who headlined the first night of the weekend festival and played their first show in six years. Sadly this is also the Aussie rockers' first show since rhythm guitarist Malcolm Young retired to due to dementia. Although Coachella is the first show on their world tour promoting their latest album, Rock Or Bust, as expected they delivered all the classics last night. "I hope you guys like rock & roll, because that's all we do," said lead singer Brian Johnson last night.

Check out some performances from AC/DC's set last night:

Swedish indie-pop singer Lykke Li brought her somber sound to Indio, and even infused it into a cover of Sunday night headliner Drake's "Hold On, We're Going Home":

Wu-Tang members Ghostface Killah and Raekwon did a set together, including Wu classics and cuts off both Only Built 4 Cuban Linx records. As part of their crowdfunding effort for a documentary about Cuban Linx, Ghost and Rae will review your mixtape. Watch their whole set below: