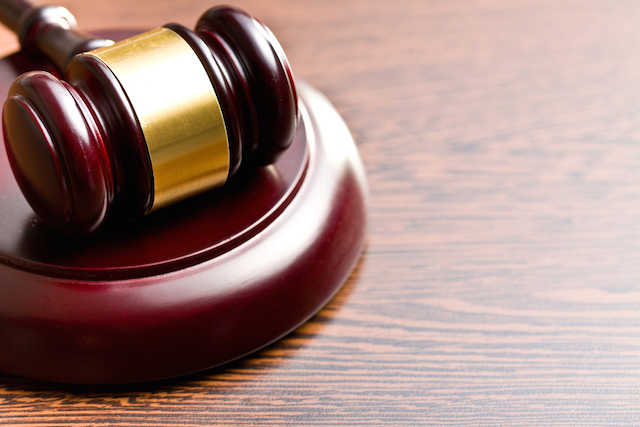 An Orange County judge has decided to knock 15 years off a convicted sex offender's sentence because he says the man didn't mean to hurt the three-year-old girl he sodomized.

Kevin Jonas Rojano, 20, was found guilty on December 3 of sodomizing a child under the age of 10, according to the Orange County District Attorney's Office, KTLA reports. The minimum sentence for such a crime is 25 years to life in prison.

Orange County Superior Court Judge M. Marc Kelly clipped 15 years off Rojano's sentence, saying that it would be cruel and unusual punishment for him to serve the whole thing because Rojano lacked a "callous disregard for (the victim's) well-being," according to the OC Register.

On June 4, 2014, Rojano was alone in the garage of his Santa Ana home, playing video games, City News Service reports. A three-year-old female relative of Rojano's entered the garage, and Rojano found himself aroused by her. According to Deputy District Attorney Whitney Bokosky, Rojano pulled down the girl's pants and assaulted her.

During the attack, the girl's mother tried to look for her child in the garage, but went to search at a neighbor's place instead when she found the door was locked. Rojano put his hand over the girl's mouth to prevent her from alerting her mother, and when the mother left, Rojano forced the girl to touch his penis.

Later, Ronajo unlocked the door. When the girl's mother came back, she took her daughter inside the house. According to Bokosky, the girl soon told her mother she was in pain and the mother found injuries that pointed to Rojano's crimes.

With a crime so horrific, one may be wondering what could sway Kelly to truncate Rojano's sentence. Kelly said that because Rojano did not seek out the victim, he was different from other child predators for whom 25 to life would be a reasonable sentence.

"However, in looking at the facts of Mr. Rojano's case, the manner in which this offense was committed is not typical of a predatory, violent brutal sodomy of a child case. Mr. Rojano did not seek out or stalk (the victim). He was playing video games and she wandered into the garage. He inexplicably became sexually aroused but did not appear to consciously intend to harm (the victim) when he sexually assaulted her," Kelly said.

Kelly also said that in Rojano's actions, "there was no violence or callous disregard for (the victim's) well-being," and that Rojano regrets his crimes. Kelly also pointed to Rojano's own troubled childhood, where he too had been abused.

Bokosky disagrees with Kelly's decision and her office may seek an appeal. She thinks Rojano's attempt to quiet the girl by putting his hand over her mouth is an important detail, and noted that the assault continued after the mother went to the neighbor's house.

In 2010, Kelly went against the recommendation of prosecutors when sentencing an ex-CHP officer who had arranged a meeting with what the man presumed was a 13-year-old girl, but who turned out to be a decoy sting to catch online predators.