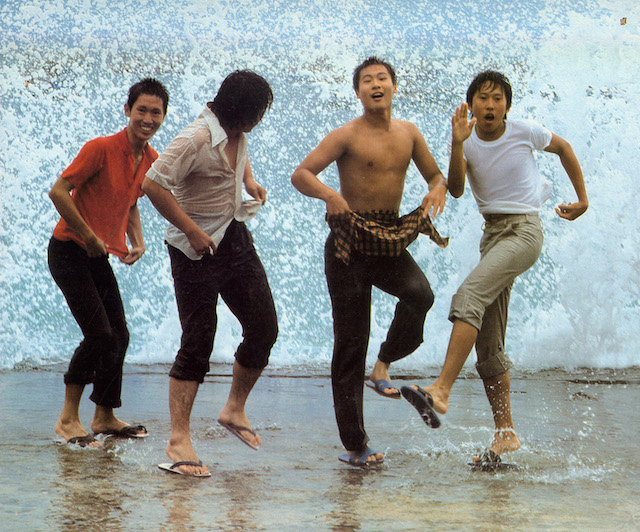 Taiwanese director Hou Hsiao-hsien has been regarded as one of world cinema's preeminent filmmakers since the 1980s, but accessing his work has remained frustratingly difficult for viewers outside of Taiwan. It wasn't until his fourteenth feature-length film in 2001, Millennium Mambo, that he received distribution in the United States, and the bulk his catalogue is on low-quality DVDs that are almost all out of print in America. But thanks to a traveling retrospective, film junkies in Los Angeles will have a rare opportunity to experience the work of the master filmmaker.

Also Like Life: The Films Of Hou Hsiao-hsien opens Friday at the UCLA Film & Television Archive's Billy Wilder Theater in Westwood and runs all the way through to June, with a handful of select screenings at the American Cinematheque's Aero Theatre in Santa Monica and CalArts' REDCAT in downtown L.A. Spread out over the course of three months, every movie from Hou's extensive filmography will be screened, including his hard-to-see early work and his short films.

Although he focuses on Taiwan and its people as a subject, Hou Hsiao-hsien's influence can be felt globally in world cinema. The gentle, patient shots of landscapes (both rural and urban) in such films as Dust In The Wind and A City Of Sadness achieve a level of visual poetry that are often imitated but rarely matched. His thoughtful meditations on universal themes such as the passage of time and the transition to modernity continue to resonate in the contemporary era.

Hou would be the first director from the island nation to receive international acclaim. His stature leaves many to think of him as the figurehead of what would become known as the New Taiwanese Cinema in the 1980s, which saw a shift in style and themes from the cinema of the previous two decades, in tandem with the economic, political, and cultural changes of his country. "The transformations his characters are going through is indicative of the cultural transitions Taiwan is going through in the 1980s," James Wicks, a professor of film and literature at Point Loma Nazarene University, tells LAist.

"Taiwan is always at this transnational intersection—politically and economically. The question of to what extent the people of Taiwan have their own voice was a constant question through the 20th century, and it remains a relevant question in the age of globalization." 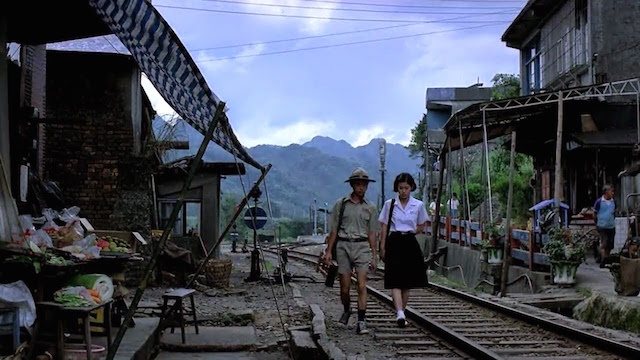 'Dust In The Wind'

Hou Hsiao-hsien is among the estimated two million Mainlanders who emigrated to Taiwan in the late 1940s to flee the Chinese Civil War. Brought to the island as an infant, he grew up in the rural southern Taiwanese town of Fengshan. After completing compulsory military service, Hou graduated from the National Academy of the Arts and soon embarked on a career in the largely state-run domestic film industry.

His first three films as a director (Cute Girl, Cheerful Wind, and The Green, Green Grass Of Home) usually aren't held up with the same esteem of the work that would follow, as the lighthearted romantic comedies seen in the vein of 1970s Taiwanese cinema. Wicks (who has written a book on 1960s and 1970s Taiwanese cinema) doesn't see the sudden break in film tradition that many attribute to the Taiwanese New Cinema. "I would suggest there's an equal percentage of continuity as there is a departure," he says. "Where [Hou] made his distinct mark was in many ways is his familiarity with what was going on in the 70s and his desire to move in new directions."

Even in 1981's Cheerful Wind, a delightful romcom about a woman caught between two men, one can see the distinctive traits often distinguished in later works—the contrast of rural and urban life, picturesque landscapes that dwarf his characters, and the conscientious use of the native Taiwanese dialect, which was almost entirely absent from Taiwanese films before the 1980s. Miscommunication between multiple Chinese dialects and other languages pops up in many of his subsequent films. 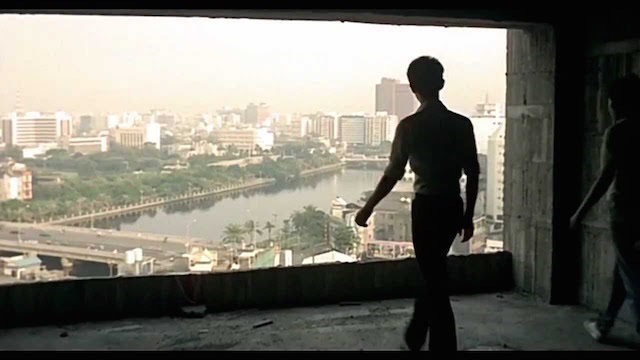 A still from 'The Boys From Fengkuei'

The Boys From Fengkuei and his segment in the omnibus film The Sandwich Man (both 1983) marked the beginning of Hou's recognition as a world-class director. Employing long uninterrupted takes and elliptical, uneventful narratives, he began drawing comparisons to the steadily-paced films of Yasujirô Ozu and Michelangelo Antonioni. In a scene from Fengkuei, the titular gang of rural boys find themselves in the shell of a half-built office tower in the big city, staring out at the landscape of Kaoshiung's high-rises. Instead of moving on, the film lingers on the image. These small moments of reflection would become a trademark of Hou. "Rather than the viewer being a slave to the narrative, the pause allows the viewer to think on their own," Wicks explains. "One of the objectives of his work Hou has stated before is to create a dreamlike atmosphere. That's generated by the audience being in their own thought process, and then being enthralled with the images as well."

Fengkuei, Sandwich Man, and subsequent films from that period of his career (Dust In The Wind, A Time To Live, And A Time To Die, A Summer A Grandpa's) also saw an autobiographical turn for Hou, which reflected an embrace of a nativist literature movement by him and his contemporaries. This adoption of the literature shows up in not just his nostalgia for the 1950s and 1960s, but also his depiction of hardships endured by the rural population. During this period in which Hou grew up, Taiwan was under the authoritarian rule of the Kuomintang government and its leader Chiang Kai-shek.

The Japanese trailer for 1989's A City Of Sadness

With the lifting of nearly 40 years of martial law in 1987, Hou became the first Taiwanese filmmaker to have a film released portraying the political oppression that gripped the island for decades, following a massacre of up to 30,000 civilians by the state in 1947. A City Of Sadness was an enormous hit domestically and became the first Taiwanese film to earn the top prize at a major festival, winning the Golden Lion at Venice. It would be followed up by two more films—The Puppetmaster (from which the series Also Like Life borrows its title) and Good Men, Good Women—to make an informal trilogy of films dealing with the tumultuous history of Taiwan after World War II and the end of Japanese occupation. Today, many regard A City Of Sadness as his masterpiece.

Beginning in the late-1990s, another phase of his career began to unfold. The long takes got longer and his plotless stories even more plotless, and Hou's films began drifting away from Taiwan as a location and central theme. His output—especially Goodbye South, Goodbye and Three Times—became more oblique, leading some fans to question whether he had become out of touch with his home country. A few of his later titles aren't even set in Taiwan: The Flowers Of Shanghai, Café Lumière (Japan) and his most recent, Flight Of The Red Balloon (France). But what this reflects isn't an old master (Hou turns 68 next week) losing his relevancy, but instead of the globalized reality of our world today. "I'm in the camp that believes he still has his pulse on what is occurring in Taiwan," says Wicks.

Also Like Life: The Films Of Hou Hsiao-hsien starts tonight at the UCLA Film & Television Archive in Westwood, and runs through June, with select screenings at the American Cinematheque's Aero Theatre in Santa Monica and REDCAT in downtown. Check each theater's website for ticket information and showtimes. 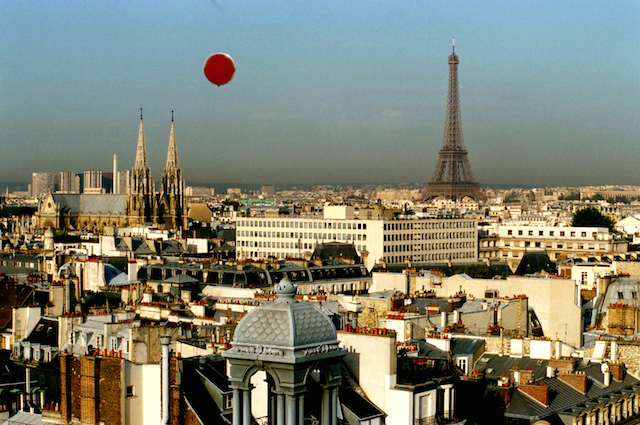