Yes, the video store as an industry has gone basically the way of the dinosaurs, thanks mostly to the impact of the Netflix comet. But those that have survived are an essential part of cinephile culture. A good video store is able to provide a movie fan with a better selection than Netflix, Hulu, and Amazon Prime combined. And where else are you going to get live recommendations from a guy behind the counter who has seen every Fellini film? That's something the Netflix algorithm or Redbox can't provide. Here are the best video stores in Los Angeles. 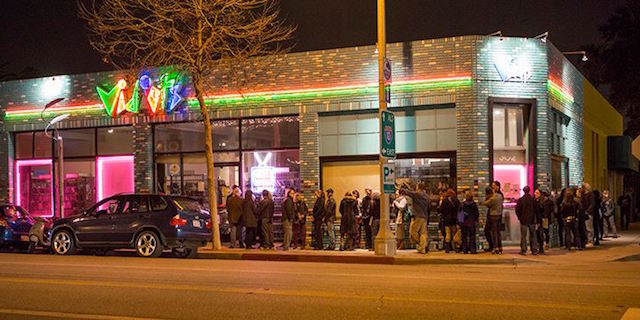 People wait in line outside of Vidiots for an event with David O. Russell (via Facebook)

There was that brief moment of panic when Santa Monica's Vidiots announced they had to close up shop. But we're happy to say that, thanks to the ever-so-awesome Megan Ellison, Vidiots will stay open for the foreseeable future. This not only means that their library of over 50,000 titles will remain available for the public to peruse and watch, but also that they will continue hosting great events like conversations with major filmmakers, free monthly screenings, and trivia nights. An institution that turns 30 this November, we hope it continues to see many more birthdays down the road. Thanks, Megan. 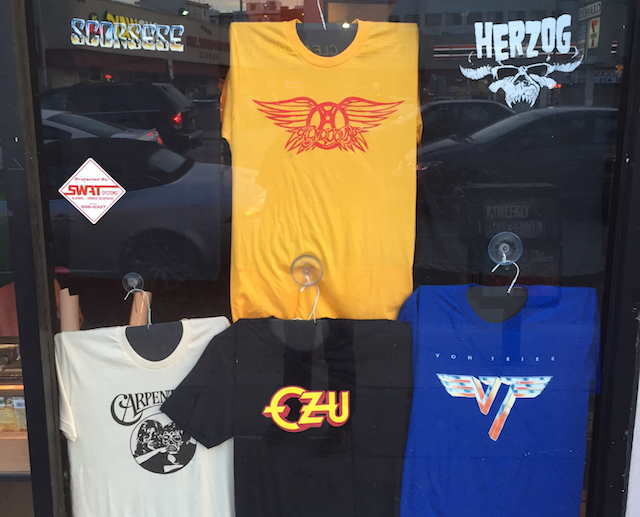 Founded by two former Vidiots employees, CineFile sees itself as the edgier, Internet-age offshoot of their predecessor, with categories such as "Animal Disasters," "Erotikill", and "Swayze Persuation." While their catalog of roughly 40,000 titles is just a tad short of Vidiots' selection, CineFile provides their members with a selection of questionably-legal bootlegs and imported, non-Region 1 DVDs for the films unavailable in the United States (along with region-free DVD players). And just introduced a few weeks ago, students can rent free from CineFile. Located perfectly next to the Nuart Theater, after stepping out from a midnight screening of The Rocky Horror Picture Show it's hard to not notice their storefront display of their signature Cinemetal t-shirts. If you've ever been to the movies in L.A., you've seen someone in the audience wear that Herzog/Danzig shirt. 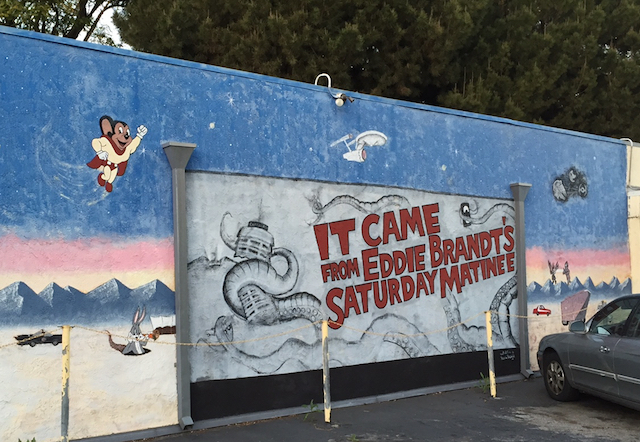 Driving down that stretch of Vineland Avenue in North Hollywood, it's hard to miss two sights: the giant barrel exterior of Idle Hour and the mural that marks Eddie Brandt's Saturday Matinee. Founded well before Vidiots, EBSM is a true Los Angeles story. A former writer for Spike Jones and Hanna-Barbera cartoons, the store's namesake originally sold Hollywood memorabilia before he transitioned the shop to a video rental store with 55,000 VHS tapes. That's right, VHS. Their stock is a marvel, with a strong focus on American film and television from the first half of Hollywood's history. Titles that might never, ever see a DVD or Blu-ray release are all here, including silent comedy shorts and less-acclaimed Poverty Row films. As a bonus, EBSM offers a list of 7,000 "loaner" films that Brandt personally recorded from television broadcasts. These are titles that have never seen an official release of any sort, and each rental comes with a free loaner. 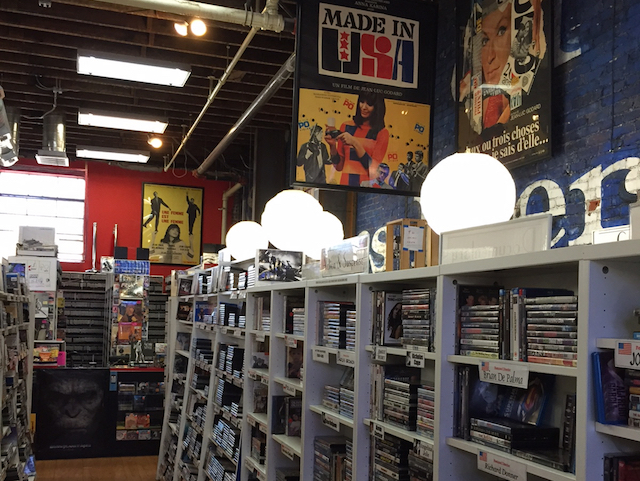 Vidéothèque might be all the way out in South Pasadena, but Eastsiders might find it more accessible than Vidiots or CineFile as it's conveniently just a block away from the Metro Gold Line's Mission station. While the above stores might beat them in sheer volume, Vidéothèque's clean shelves and colored signage makes browsing less straining on the eyes than DVD wire racks. Colorful movie posters hang from the walls, and its well-decorated interior is far more welcoming to the casual movie fan. Unless you're digging deep enough to require the extensive resources of the above stores, Vidéothèque is no slouch in the selection department either with over 25,000 titles available to rent. Also available for sale are t-shirts, movie posters, vinyl records, and Japanese lobby cards for the hardcore collector.