21 Salmonella Cases Linked To Brent's Deli And Officials Said Nothing 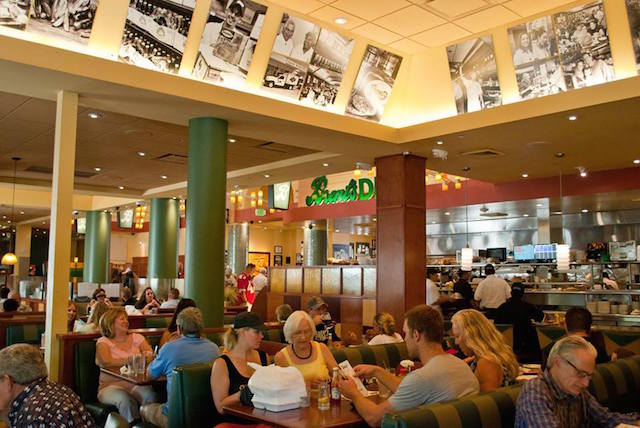 One location of the popular Brent's Deli may have been giving people food poisoning for months, but health officials failed to notify the public of the threat.

Health inspectors from Ventura County began investigating the Westlake Village location of Brent's back in July of 2014 after learning of salmonella cases from tied to the restaurant. In total, 21 cases spanning April to August of 2014 were found, including two employees. Despite the ongoing investigation by county officials, the public was never told of the danger. "We generally don't notify the public when we're in the midst of an investigation," William Stratton, director of Ventura County Environmental Health told NBC 4. "Is issuing a news release or notifying the public one of those things we could have done? Perhaps it is. That's something we're going to be evaluating," Stratton added.

"They clearly had an obligation to tell the public, from a moral and a public health perspective. This outbreak was an accident waiting to happen," said food safety attorney Bill Marler, who is representing several diners who got sick after eating at Brent's. One of them was so sick his doctors thought he had Ebola.

Another one of the diners that got sick, Stephanie Wehr of Oxnard, filed a lawsuit against Brent's, alleging the restaurant showed "conscious disregard for the rights and safety of people eating, using and visiting."

The NBC investigation also found that salmonella cases linked to the Westlake Brent's go back as far as 2007. During several visits, numerous safety violations including improper refrigeration and sanitation were found by officials. Although the restaurant was never ordered to shut down, they voluntarily closed on August 12 for a cleaning by a third party firm. Owner Marc Hernandez says his restaurant is now safe to eat at.

"We are focused on continuous improvement and will continue to take a hands-on approach to prevent similar situations from happening in the future to put our customers' safety first, always," he told LA Weekly.

Despite being the supposed source of food poisoning through the years, the Westlake location was noted by a Zagat reviewer as the "Cadillac of delis." As far as we know the original Northridge location has not been hit with any salmonella outbreaks recently.