Secret Tunnels Were Built Under The Playboy Mansion In The 1970s 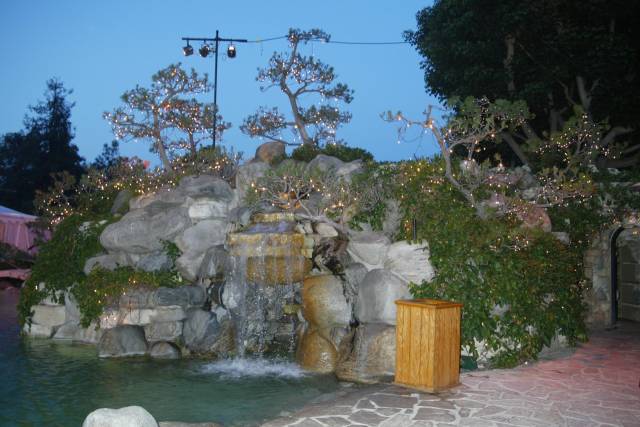 The home at 10236 Charing Cross Road has been a vault of secrets ever since Hugh Hefner got the keys in 1971 (though he didn't fully move in for three more years), and one of those secrets just got dug up today.

The 1970s were THE decade to be invited to the Playboy Mansion, and it seems some stars wanted easy-access. Playboy.com reported today that secret tunnels were being built from the mansion to the homes of Jack Nicholson, Warren Beatty, Kirk Douglas and James Caan. At the time, the actors all lived nearby.

One of our editors found some Polaroids from 1977 that showed a large excavation project at The Mansion. We asked the new general manager at The Mansion about these photos. He said, very matter-of-factly, "that’s probably when they built the tunnels in the 70s."

A visit to the mansion led to the discovery of blueprints and plans for the tunnels, which contained the aforementioned names. While there, a current staffer also told them that the tunnels were sealed up around 1989.

So, there were tunnels to celebrity homes built underneath the Playboy Mansion... http://t.co/t6XphbxOO6 pic.twitter.com/yBDVEHo3r2

You'll find photos of all the blueprints and Polaroids right here.