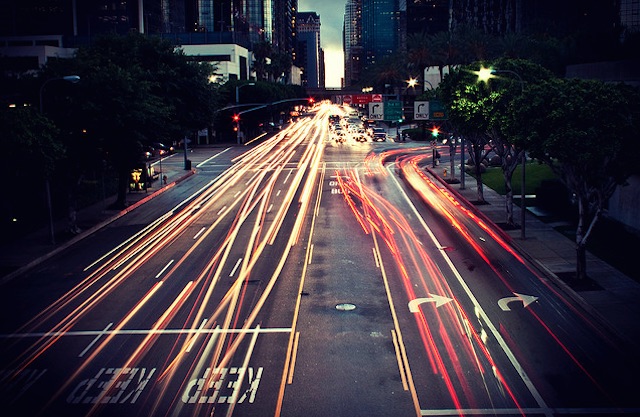 There's a downside to living in the land of sunshine, seriously legit tacos and teevee stars: we spend an extra 92 hours of every year in traffic.

The data comes from GPS-maker TomTom, which releases an annual traffic index. That data comes from GPS users, which some traffic experts say should be taken with a grain of salt. But it's still interesting to compare how Los Angeles fares compared to other cities.

We took the top spot in the company's national rankings of terrible traffic, though we're the #10 city worldwide. Istanbul, Mexico City and Rio lead the pack. We're ahead of our domestic counterparts of San Francisco, Honolulu, New York and Seattle. We also top the list nationally for having the worst evening commutes but we're still in the #10 slot internationally.

The company says, "In Los Angeles, a 30 minute commute in the evening will take 54 minutes due to congestion, an extra 92 hours annually."

Sounds about right to us!

The company says that Los Angeles' congestion has worsened over the last year. The overall congestion level was 36 percent in 2013 but in 2014, it was 39. The congestion level at rush hour is 80 percent. We're just a little worse than San Jose (75 percent) and Seattle (74 percent).