Snoop Dogg Is Making An HBO Show About L.A. In The '80s 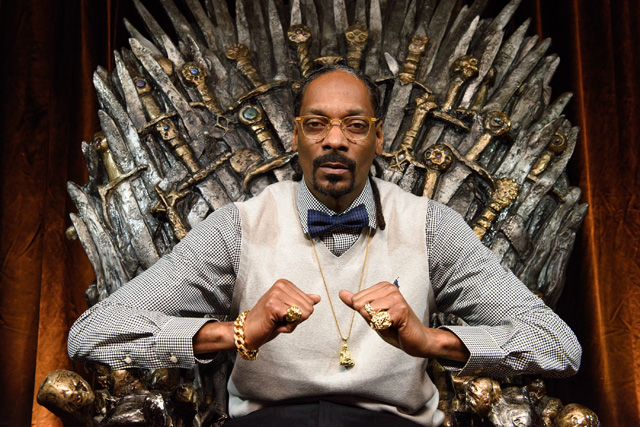 Snoop Dogg at a SXSW event in Austin March 20. Sadly, he wasn't there to announce a guest appearance on "Game of Thrones." (Photo by Daniel Boczarski/Getty Images for HBO "Game of Thrones")

Snoop Dogg announced at the SXSW festival in Austin Friday that he’ll executive produce a drama about the 1980s in Los Angeles for HBO, Vulture reports. (No, this isn’t a stoned dream you’re having.)

Tha Doggfather will be working with director Allen Hughes (Menace II Society) and writer Rodney Barnes (from “The Boondocks,” on which Snoop worked). There's no word if yet if Snoop will appear on the show.

The show will show the effect of Reganomics on the community and focus on a “family whose seemingly idyllic life is turned upside down by the collision of their community and American politics,” he said during the keynote speech. Snoop Dogg (born Calvin Cordozar Broadus Jr.) was born and raised in Long Beach during the ’70s and ’80s.

Lest you think he’s ditched music for the small screen, Snoop also will have a new album out called BUSH on May 12, produced by Pharrell.