For the diehards who didn't get to make it to the first and sold-out Hello Kitty Con in Los Angeles last year, here's your chance to get your kawaii fix. Sanrio is now taking their show on the road, touring across the U.S. with their newly-named, "Hello Kitty's Supercute Friendship Festival."

They've already announced venues and dates for some legs of their tour, including a stint in Los Angeles from June 12 to 14 at The Forum in Inglewood. Keep watch on their website here as they promise to release additional ticket sales and dates for cities like New York City, Chicago, Washington, DC. and San Francisco.

It sounds like it'll be similar to Hello Kitty Con. While the focus is still on Hello Kitty, the cat (er...little girl) will be bringing along her buddies like Keroppi, My Melody, Badtz-Maru and Chococat. As for the festivities, the event heads have planned Sanrio-themed art and fashion exhibits, vintage products on display, photo ops, Hello Kitty origami workshops and kiosks to buy collectible goods. They're also encouraging folks to get dressed up in cosplay, so you can dust off your outfits for this event. And there will be live performances as well, which we hope are as amazing and ridiculous as this one we saw at Hello Kitty Con of Badtz Maru shredding on the guitar:


Just to give you an idea of what it was like at Hello Kitty Con, here are fans dressed head-to-toe in Hello Kitty wear: 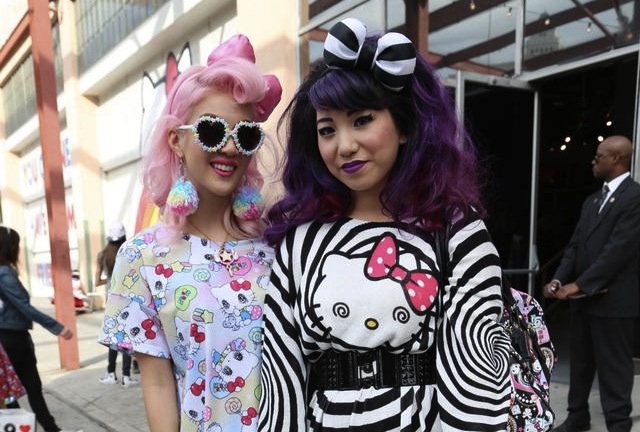 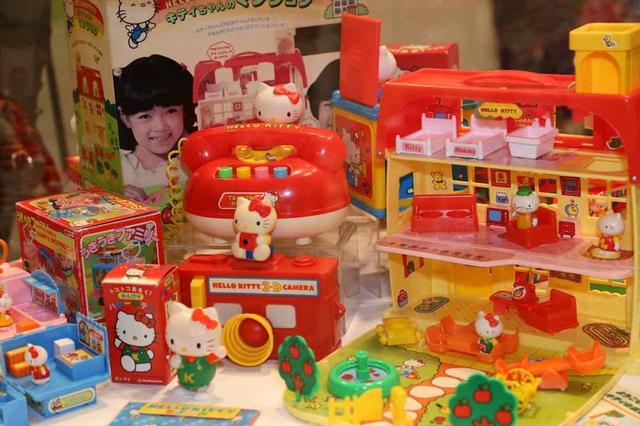 Fans showing off their tattoos. (While at Hello Kitty Con people were allowed to actually get inked with Sanrio characters, at this festival, they're just offering temporary tattoos.) 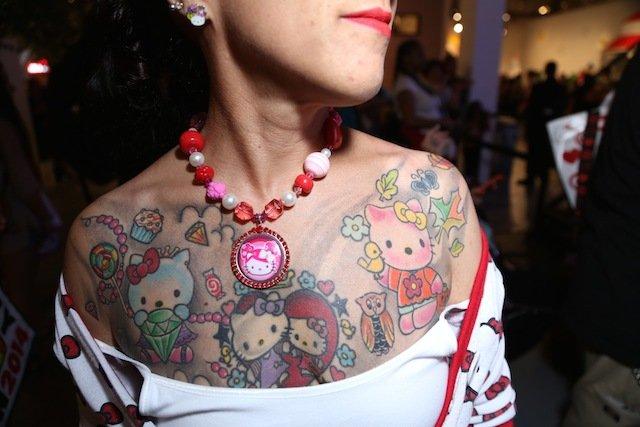 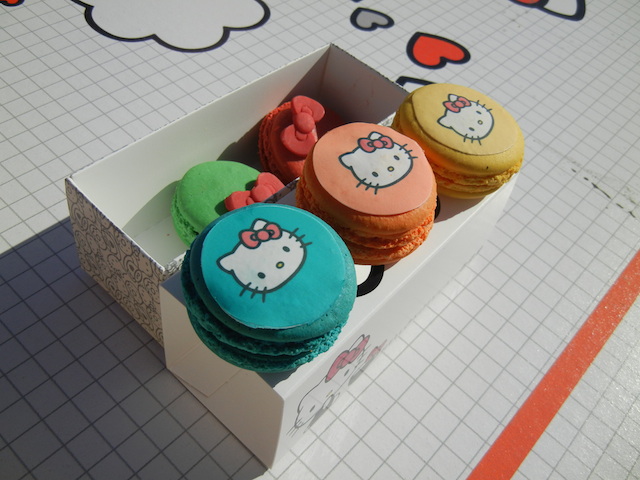 General admission and VIP tickets are currently on sale for some venues now, and prices differ based on location. Each ticket you purchase allows you to explore the festival for a three-hour block, and you can buy tickets for multiple sessions. For more info, visit this website.