Weekend Planner: 22 Things To Do In Los Angeles

LAist gets a lot of event announcements, and we comb through them all to bring you a curated list of what’s happening in LA this weekend, including these 21 events. Don’t forget to check the March Guide, as it has other options, too. We'll be back on Monday to help you plan the week ahead.

FILM: The 4th Annual Wayne Federman International Film Festival—the film fest that lets comedians pick the movies to screen, perform, do the intros and participate in post-screening Q&As—begins on Friday at 7:30 pm with Doug Benson’s Movie Interruption and a screening of Breakfast at Tiffany’s. Tickets: $14. The festival runs through Sunday.

ART: Elephant Gallery, a contemporary artist-run space in Glassell Park, opens Cindy Rehm’s exhibition, Psychical Research, with a reception on Friday from 7-10 pm. Her works for the show include a series of collage drawings and video inspired by Victorian mediumship and the book Phenomena of Materialization. The exhibition will remain on view through March 29 (with a closing reception and performances planned, too).

TV FEST: PaleyFest opens at the Dolby Theatre this weekend, running through March 15. The festival welcomes the cast and creatives of Homeland on Friday to kick things off; followed by several Comedy Central show stars on Saturday afternoon; The Good Wife on Saturday night; and Girls on Sunday night. The panels are usually preceded by a preview screening of shows. General admission tickets for the public start at $30+ fees.

ART: Gallery1988 (East) presents 100 Paintings in 100 Days, an exhibition of works by artist Megan Majewski, who created a painting every single day for 100 days no matter what. The results of this experiment will be on display at G1988 (East) with a reception / meet-and-greet for the artist on Friday night from 7-10 pm. The works will remain on view through March 21.

ART: Laluzapalooza 2015 is La Luz De Jesus Gallery’s 29th annual juried group exhibition. The no-theme show features works from some of the most talented artists working today. The thousands of submissions came from commercial illustrators, graphic designers, tattooists, scenics, students, street artists, animators and working gallery artists. The opening reception is on Friday from 8-11 pm. The works will remain on view through March 29.

MUSIC+SCIENCE: The Natural History Museum continues its First Fridays 2015 series on Friday from 5-10 pm with science talks on hidden wildlife and herpetology and a science salon with the Nerd Brigade. Music by JMSN and starRo. The night includes DJ sets by Raul Campos featuring SABO. General admission: $18.

ART: On Friday from 7-10 pm, Nerdist Showroom at Meltdown presents the group show, Back to the Future: A 2015 Art Tribute, with an opening reception from 7-11:45 pm. Enjoy drinks, BTTF-themed entertainment, decor, surprises and photo ops. Curated by Nico Colaleo, the show features works by 88 artists. The show will remain on view through March 14. Free. 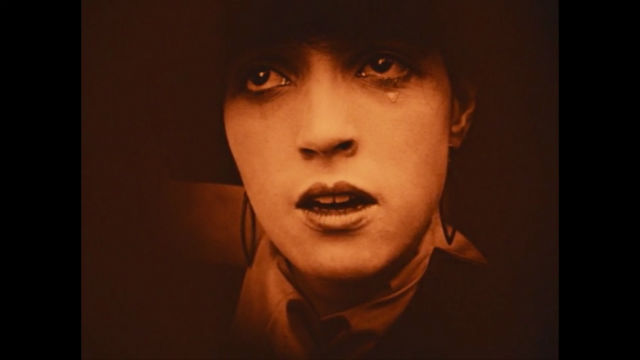 Still image from Thom Andersen's 'The Thoughts That Once We Had' (Image: Courtesy of the artist)

FILM: REDCAT has added two screenings of Thom Andersen’s latest film Thoughts That Once We Had. The essay film, based on Gilles Deleuze's writings  on cinema, is a journey through film history. Screens on Saturday at 3 pm and 7 pm. Tickets: $8-$11.

DRINK CRAWL: On Saturday, Ludlows Cocktail Co. hosts a charity crawl on West 3rd Street (between La Cienega and Fairfax) with with booze, food and shopping from 11:30 am to 4 pm. In partnership with Dinating, part of the price of a ticket goes to help feed a family of four for a day. Cost: $45 per ticket, must be 21+.

MUSIC: Great singer-songwriter lineup at the Fonda tonight as Joshua Radin is joined by Rachael Yamagata and Cary Brothers on the bill. Doors at 7 pm, show at 8 pm. Tickets: $27.

FILM: NewFilmmakers Los Angeles holds its March screening program on Saturday at the AT&T Center in DTLA. The first short film program at 6 pm puts the spotlight on women filmmakers; the second shorts program screens at 7:45 and focuses on female-centric stories. The feature Come Simi (dir. Jenica Bergere) screens at 9:30 pm. There are pre- and post-receptions for each program as well as audience Q&A sessions. Admission to the programs are $5 online or $7 at the door or $15 for an all-night access to programs and screenings.

FOOD: Tony's Darts Away offers $2 brunch dishes this weekend (Sat. and Sun., from 10 am to noon) as the Burbank pub debuts its Craft Beer & Brunch menu. Items offered include chilaquiles, a Mediterranean hash, a traditional breakfast, breakfast burritos and rolled oats.

UNPLUG: UnPlug LA is a chance to disconnect from the world for a little while on Saturday night. It’s held at the Electric Lodge in Venice and features live music, board games, typewriters, a photo booth, arts 'n crafts, face painting and more analog activities. Music by Magic Giant, Third Seven, Cello Joe, Michael Mowgli, You’ll completely unplug—check your cell phones, cameras and watches at the door and just have fun. Food and drinks available for purchase on site. 21+. Tickets: $9-$18.

FILM: Wild Canaries, a mystery/comedy/romance written and directed by Lawrence Michael Levine, focuses on a newly engaged woman who investigates the death of her downstairs neighbor with her roommate. The investigation uncovers “unsettling secrets throughout the building”—and now everyone’s a suspect. There are Q&A sessions with the cast and filmmakers after the 3:30 pm and 8:30 pm shows on Saturday. Tickets: $12.

ZINE: To commemorate International Women's Day on Sunday, the new memoir-zine, Selfish, holds a launch party on Sunday at the Last Bookstore from 6:30-9 pm. There will be readings from issue one, prints on display and for sale and performances by Miss Chief and SLUTEVER. Readers include: Becky May, Alex Martin, Molly Kaplan, Christina Wolfgram and Rachel Hochhauser, with prints by Molly Cranna, Yuiko Sugino and Lauren Crew.

WIKIPEDIA LIVE: Art and Feminism is a campaign to improve the entries of women and the arts on Wikipedia. The online arts journal East of Borneo and the Women’s Center for Creative Work are organizing a Wikipedia meetup to help improve the coverage and information on the site. The event begins at 11 am at LACMA's Art and Technology Lab. Free, but registration is required.

PLAY READING: Game Girls: Rock Paper Scissors is a free staged reading of experiences from real women who live on Skid Row. During a year-long arts workshop, led by registered drama therapist Mimi Savage, the women were encouraged to find their own voices to tell their stories and explore themes of dreams, desire, recovery and more. At the Armory Center for the Arts in Pasadena. 3 pm on March 8 and again on March 15. Free.

FILM TALK: The Getty Research Institute presents the free public program Reframing the Future of Film: A Discussion with Tacita Dean, Christopher Nolan, and Kerry Brougher on Sunday from 2-4 pm. With the rise of digital, film is in a perilous position: “Seeing a film projected is an essential part of our shared cultural experience, which urgently needs valuing and preserving within our museums and archives.” The panel discussion will also explore the importance of determining new archival and exhibition standards, and why the current conversation around film has to change.

KITE FEST: Redondo Pier’s annual kite festival is a free, all-ages event and one of the oldest in the country. Prizes are awarded for the best handmade kite, best ground display, highest-flying kite, and the youngest and youngest at heart kite flyers. The public is invited to help launch a massive 25’ by 14’ foot kite. There’s also going to be a Yo-Yo competition, martial arts demonstrations and live music. The day will end with a mass group kite flying activity. Noon to 5 pm at the Redondo Beach Pier.

MUSIC: Sofar Sounds is holding a series of curated concerts on Sunday in honor of International Women’s Day. Thirty-four Sofar cities across the world are hosting evening that celebrate female musicians. The L.A. session take place from 6-8 p.m. at a secret location in Studio City. To attend, please RSVP and they'll contact you if there's space available.