The Taco Is Evolving In Delicious Ways In South Los Angeles 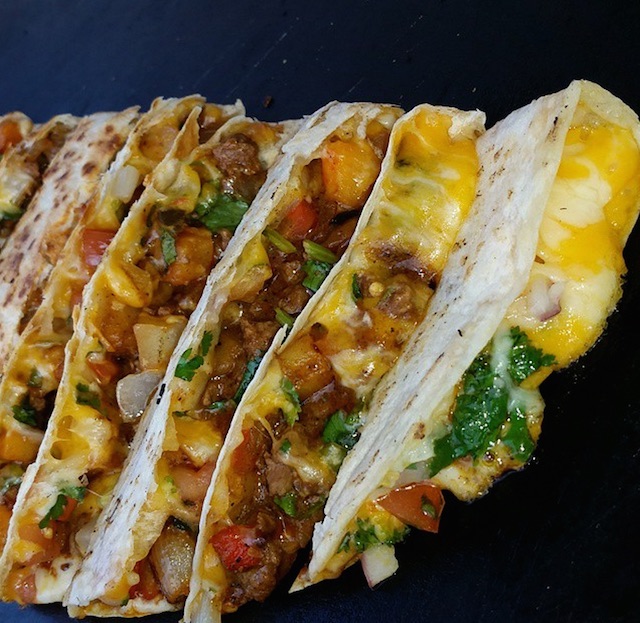 It's not just Roy Choi, hipsters and Corporate America who are remixing the taco, one of Los Angeles' greatest commodities. It turns out the taco has a compelling history in South Los Angeles, which is explored by the New York food blog First We Feast.

Tacos have a long history in the streets of South Los Angeles, but for a long time, a typical taco would be a ground beef or turkey with cheese, tomato and lettuce on a hard shell. You could also get a taco at House of Dimes, which dates back to the '40s, or Cliff's 'Texas Style' Burrito, which opened in 1975. But, the real taco boom came after the L.A. Riots of 1992 as blacks fled and latino immigrants took their place, making Compton a majority Latino city. First We Feast writes that this shift is what led to some really interesting culinary mash-ups that have continued to this day in Compton and other South L.A. neighborhoods:

The noticeable population shift opened the floodgates for organic cross-cultural pollination, encouraging more black restaurant owners to take cues from their new neighbors. As part of a growing trend, tacos were added to barbecue or fried-chicken menus—but with modifications intended primarily for a black clientele. McLaurin’s burger stand now sells turkey tacos 300 feet away from a La Michoacan Meat Market. Even more recently, a rising crew of millenial entrepreneurs and savvy Instagram users has ushered in a new wave of "Black tacos," with places popping up in Compton, Watts, and adjacent areas of South L.A. in the form of make-shift stands or catering companies. Along with asada and pollo, you’ll see additional proteins like deep-fried turkey, smoked chicken, and brisket. Barbecue sauce and remoulade might replace salsa roja. Cheese is a must.

Keith Garrett, who owns All Flavor No Grease in Watts, told First We Feast that the taco is a food with "broad appeal." He went to culinary school, but also learned about rolling burritos for a lonchero. A few other notable taco spots highlighted in the article include Hambone's BBQ (which has a Taco Tuesdays featuring $1 pork, turkey, brisket, beef or chicken tacos) and Taco Mell (where you can also get banana pudding and homemade Kool-Aid). 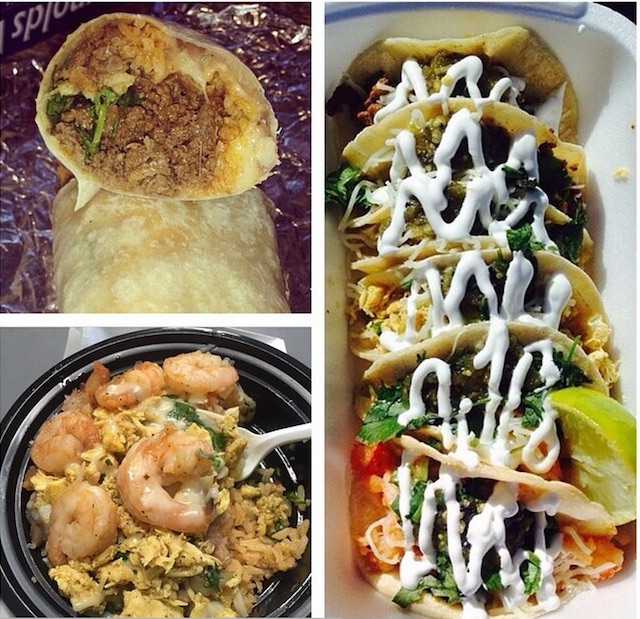