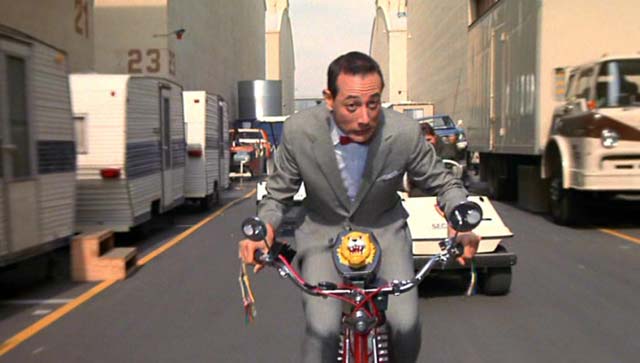 Pee-wee Herman is finally headed back to the movies—but via Netflix. The streaming video site announced that the nattily-dressed character will be in a new movie called Pee-wee's Big Holiday and will be produced by Herman, aka Paul Reubens, and Judd Apatow. Herman said, “Judd and I dreamt up this movie four years ago. The world was much different back then— Netflix was waiting by the mailbox for red envelopes to arrive. I’ve changed all that. The future is here. Get used to it. Bowtie is the new black."

Here's how Netflix describes the film: "In Pee-wee’s Big Holiday, a fateful meeting with a mysterious stranger inspires Pee-wee Herman to take his first-ever holiday in this epic story of friendship and destiny." The director is John Lee, who has directed episodes of Inside Amy Schumer and Broad City.

Apatow said, "As a fan of Pee-wee Herman since he first appeared on The Dating Game, I am thrilled to have the opportunity to work with the brilliant Paul Reubens on this film. It is a dream come true." Apatow will be at the Largo tonight, if you want to find out more: