Neil Patrick Harris Is Sorry He Botched The Oscars 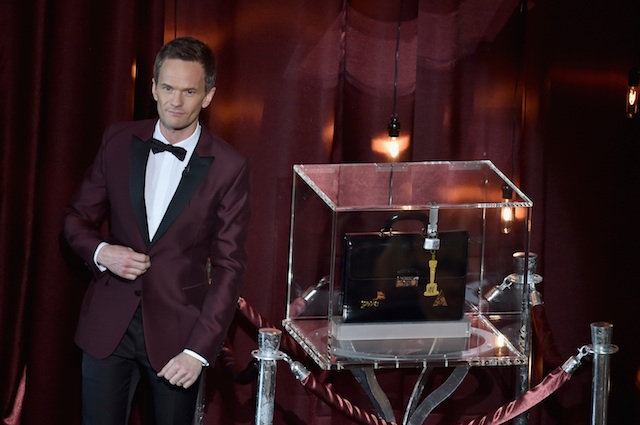 A flashy song-and-dance intro couldn't save Oscars host Neil Patrick Harris from turning the awards show into a snoozefest. His jokes fell flat, TV ratings dropped 16 percent from last year, and Harris is well aware that he fumbled.

He tweeted this message on Monday evening:

My iphone shattered the morning of the Oscars. I probably should have read more into that. #harbinger

Even though Harris was great candidate to host the Oscars—he won four Primetime Emmys for hosting Broadway's Tony awards—he couldn't fill Ellen DeGeneres' big shoes. There were moments when Harris was fine—though there were no comic triumphs—but there were too many "dad" jokes and some that were straight-up bad. Presenting Reese Witherspoon, he said: "This next presenter is so lovely you could eat her up with her spoon." Eyeroll. Who is writing this stuff? Then on Edward Snowden: "The subject of Citizenfour, Edward Snowden, could not be here tonight for some treason." Cringe.

Last year when DeGeneres got celebs involved in her jokes—like that famous selfie—the stars looked like they were having fun. This time around, it seemed like they didn't want to have anything to do with him. Harris put Octavia Spencer in charge of a gag that just wouldn't die—having her keep a watchful eye over a briefcase holding Harris' Oscars predictions locked in a glass box. He even asked Robert Duvall and Eddie Redmayne to watch over her watching over the box to make sure she could do it right. By the end, Octavia looked over it and there were calls to #FreeOctavia on Twitter. This look might sum it up:

Not only did Harris mispronounce David Oyelowo's name, he also surprised Oyelowo by making him read an unnecessary joke about how the latest remake of Annie starring Quvenzhané Wallis would be the last remake. Oyelowo wasn't prepared to deliver the line and he wasn't stoked to read it:

David Oyelowo wasn't quite sold on this bit (via Giphy)


One of Harris' worst lines was a joke about an outfit worn by Best Documentary Short Subject winner Dana Perry. She was wearing a wrap embellished with black fuzzy balls. During her acceptance speech, she spoke about her son who had committed suicide in 2005. It was a heavy moment and definitely the wrong one for Harris' quip: "It takes a lot of balls to wear a dress like that." 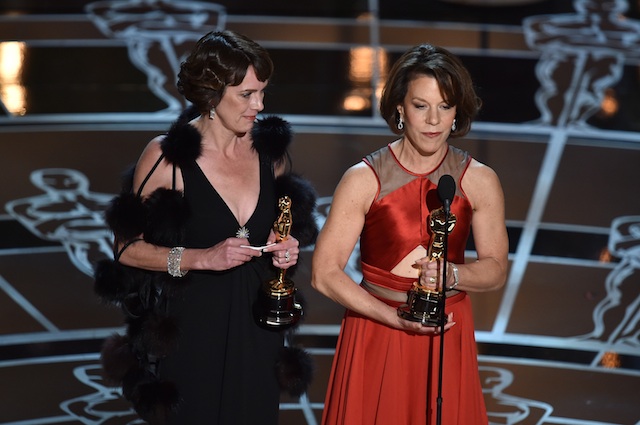 Harris also got in his tighty whities in a Birdman spoof. You know those nightmares where you're standing naked in front of a crowd? This might be one of them: 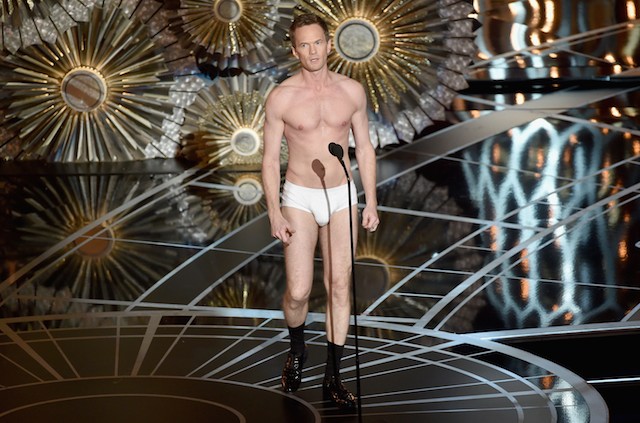 Neil Patrick Harris in his underwear at the Oscars, guys (Photo by Kevin Winter/Getty Images)