The Surprising, Weird And Questionable Stuff We Found At Oscars Gifting Suites 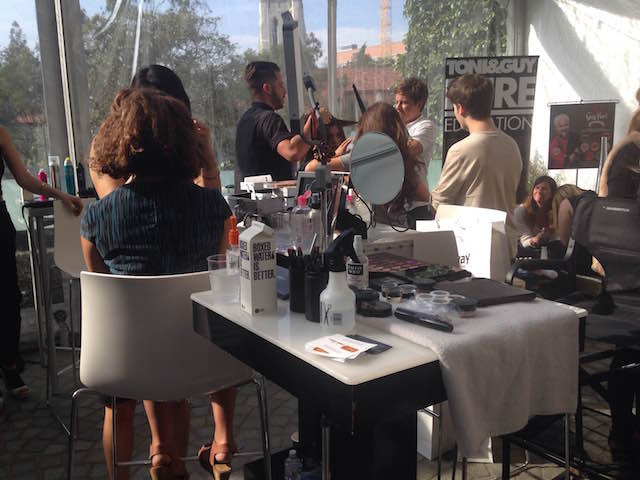 Every year surrounding the annual awards, there's this thing that happens where companies pay money to gift their products to celebrities. This often occurs in the form of a gifting suite, where celebrities and/or their assistants show up, fill up bags with all sorts of stuff and occasionally pose for photos with the products. Sometimes this "stuff" can be pretty weird. The weekend of the Oscars, the gifting suites were in full effect. I explored a couple of them to see what they might contain.

The first was simply a bag put together by Distinctive Assets that was being sent to the nominees. Its estimated retail value was over $160,000. While I did not go visit this one, I did inquire as to its contents, which only left me with more questions.

It's called the Everyone Wins at the Oscars Nominee Gift Bag. So, even if you go home empty-handed, you have a consolation goodie bag. And also you get to go home and still be rich and famous, but whatever. The items started out small and practical—Dove Dry Antiperspirant, skin care products, a pair of flip flops. But oh, things got weird.

There were exotic vacation packages, spa items and an $800 gift certificate for a candy buffet from a company called Candy Vixen. However, there were two items that involved genitals and lasers. The first was the Afterglow Pulsewave Vibrator ($250) that claims to use low-level laser therapy to increase orgasm. The odder item was the Couple's Love Shot, valued at $5,000. The OGShot, or "orgasm" shot is for ladies; the Priapus Shot is for men. (Priapism is a condition where you have an erection for way too long to be healthy and you need to see a doctor.) Invented by Charles Runels, MD, these shots purport to enhance arousal and decrease incontinence. As far as I can tell, this procedure involves injecting plasma rich in platelets (which is derived from your own blood) into your genitals.

I then visited the Secret Room gifting suite at the W Hotel in Westwood. Here, they were giving away samples of wine and something called a Brain Toniq that would supposedly improve your brain function, and a serum to make your eyebrows grow called Revitalash. I also encountered a company called BelliVita, which makes a mold of a woman's pregnant stomach and then turns it into a glass bowl. Then, you can put apples in it or something. I got a few $200 off coupons for these, so get at me. 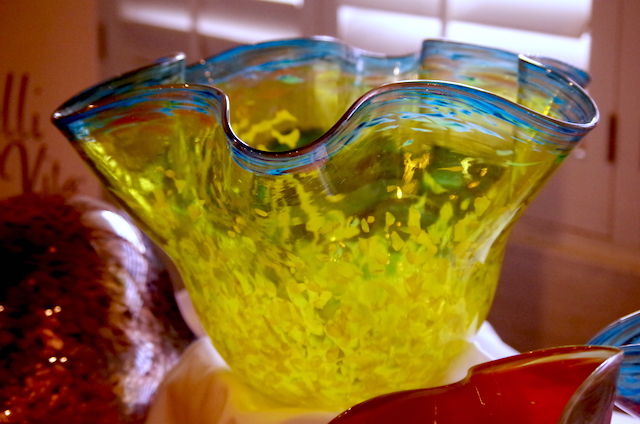 A woman also spritzed me with a TrueYou Mist that was supposed to shield me from negative energy. It smelled good, like lavender. I was warned that it was created by a woman named Vanda, who is a very powerful energy healer. Though it was refreshing, I did not feel any different after the spritz; it should be stated that my powers of cynicism and negativity are also very powerful.

Next, I was gifted some Geisha Balls by Fun Toys. These surged in popularity after being used in 50 Shades of Grey. You're supposed to insert them into your vagina and do your Kegels with them for a strong pelvic floor. I have no review of this product...yet. I did think of at least one other use for them, though. 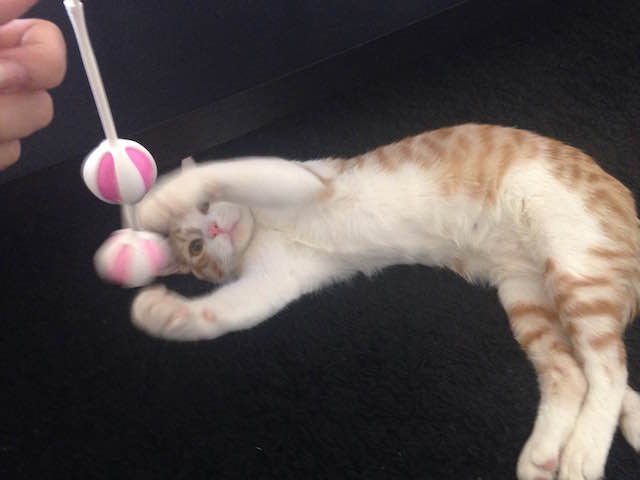 I also stopped by a booth that promised to take your picture and reveal your true aura color. It was called Life Portraits and according to the brochure I picked up "the aura video station is a state of the art video imaging device that creates a new opportunity to capture and record energy fields and vibrational frequencies within the body. Through interaction with new technology, we can measure, analyze and provide insight on an individual's current aura and chakra states." I was later chastised by some friends for passing up this opportunity to learn my aura color, but let's be real, here: it's black.

I then slammed a glass of Pinot Noir from a winery called Underraga (10/10, would recommend) and headed to the next suite.

This one was from a company called GBK and was located inside L'Ermitage in Beverly Hills. Once inside, the very first thing I noticed was Martin Landau blocking the way to the champagne tasting. Just kidding, I mean, wow, Martin Landau! He's a legend! 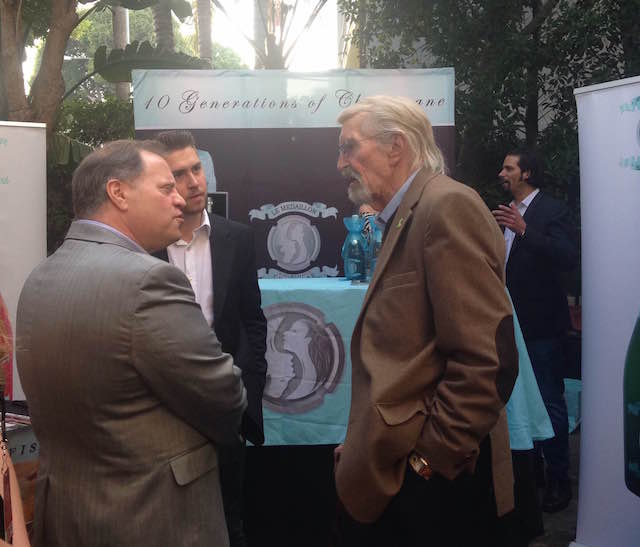 Martin Landau and champagne! This is a party. (Photo by Juliet Bennett Rylah/LAist)

I stopped to talk to the developers of a new app that actually sounded very useful. It was called Stop-Attack, which you can run on iOS or Android. The app, when activated, will record audio and video of whatever is happening, then send that data to a cloud which you and your emergency contacts can access. The app will also alert your emergency contacts and let them know you may be in danger. I asked what would happen if I activated the app in the subway (which is typically a thing I take at night) and was told that the app would send any data to the cloud as soon as it could. That seems like something that might come in handy if you like to walk around by yourself at night as much as I do.

I then ran across Heather Marianna of Beauty Kitchen who was giving away samples of skin polish, soaps and bath soak and who also showed me photos of her dogs. I drank a Vita Coco Cafe Latte. I scooted around Landau and tried a sample of La Medallion Champagne and ate a chocolate cookie from Fisch & Chips (10/10, would eat again). I pet a chihuahua that was hanging out at booth called Wonderwoof, which apparently is a little bow-tie your dog can wear that will track his or her activity. I also saw a display of statues called StillWithYou.com that memorialize a past loved one. The clear figure is a ghost. 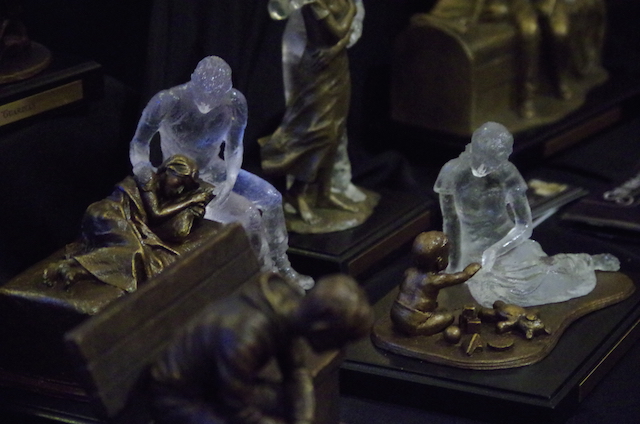 Next, I spoke with a hair care company called Jonathon, whose rep informed me that the conditioner they make is gluten free, which actually made no sense to me at all. Plus side: it did smell very good. I next talked to a jewelry company called Shatra Designs, a Bohemian-style jewelry company that had made each of the nominees for Best Actress a necklace with little charms representing their lives. For instance, Julianna Moore's and Felicity Jones' had an OHM charm because apparently, they like to do yoga. The last person I talked to was Jim Hjort, a psychotherapist who could teach you how to live a better life using the meditative Right Life process. I am also too cynical for this, but Jim was super nice.

After this, I went outside and decided to call an Uber back to my house. There, I encountered a woman who was also a member of the press who told me I was not doing gifting suites correctly because I only had a few samples of various products. She had this comedic load of stuffed bags—the kind you see after a shopping montage in an '80s movie. She asked me if I was just making a list of things I found in the suites, and I said yes. She looked at me like I was a sucker and said that explained it. ¯\_(ツ)_/¯