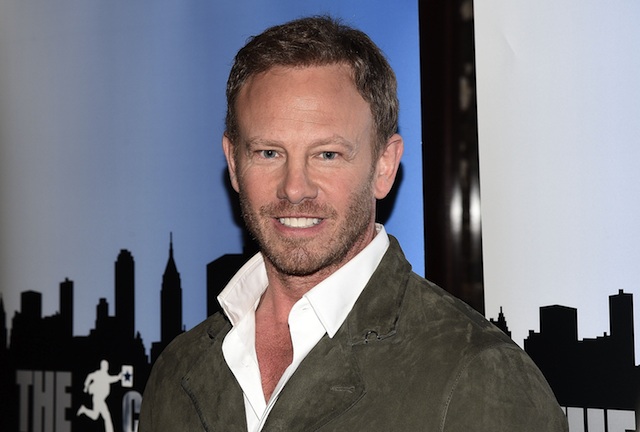 Sometimes you have to do what you have to do for your career. In this case, Ian Ziering, the former Beverly Hills 90210 star who's had a resurgence in popularity with the B-movie Sharknado franchise, will be partaking in some cross-marketing promotion for his so-bad-it's-good films. He'll be handing out samples of ice cream at the Baskin Robbins in Burbank on Friday for their March flavor of the month. And get this: the flavor is called "Snacknado."

If you're wondering what exactly Snacknado tastes like, Baskin Robbins describes it as a "whirlwind of salty caramel-flavored ice cream loaded with chocolate-covered potato chips and pretzels, all swirled together with candy pieces, chocolate fudge and salted pretzel ribbons," according to Thrillist. Basically, it sounds like a Paula Deen recipe.

Ziering, who showed off his skills chainsawing through a shark in the first Sharknado, will be serving samples on Feb. 6 from 11:45 a.m. to 1 p.m. at the ice cream shop located at 1201 S. Victory Boulevard.

His third installment of the Syfy series premieres on the network in July. This time he's fighting sharks through Washington, D.C. and Orlando, Florida. Godspeed.

Related:
6 Things 'Sharknado' Got Right About L.A. And 6 Things it Got Wrong